Ardara are Division Two champions after victory over Four Masters

DONEGAL TOWN SIDE CLOSE TO RELEGATION 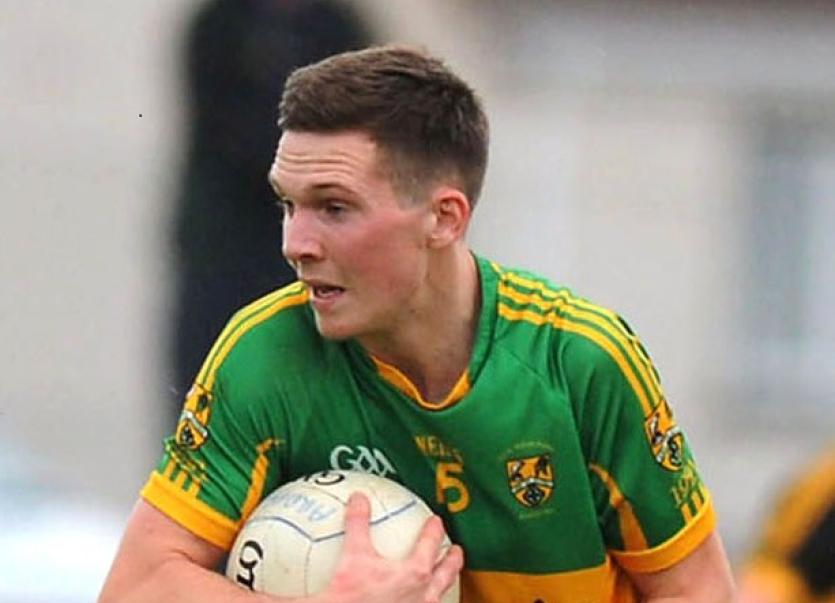 Lorcan O'Donnell . .. . will be playing in Division One next year

Impressive Ardara are back in Division One for the first time in three years after this emphatic victory over a decimated Four Masters side in Tir Conaill Park.

And they are back as champions, as results elsewhere went their way and other results Four Masters will need a miracle to avoid the drop to Division Three.
And thus, we have real contrasting fortunes for two famous south and south-west Donegal clubs.
A powerful scoring surge in the third quarter when they hit six points was the platform for a thoroughly deserved victory for this proud south west Donegal club.
But for an equally proud Four Masters, having held on last year, this time around it had been a struggle for some time.
To compound their woes the lion-hearted Barry Dunnion was lined on a second yellow card by referee Eugene McHale in a mainly temperate affair.
And the winners have certainly unearthed an exciting new scoring talent in Niall McCrossan, who calmly struck six excellent points in a fine team display.
Masters had a fine period in the second quarter when Sean O’Kennedy finished a fine movement with a clinical finish to the net to level matters at 1-1 to 0-4 in the 24th minute.
But two late points from the lively Johnny Sweeney and Peter Oliver McNelis gave the visitors a precious two points lead at the break.
And even though Conor McDaid got an early point for the now wind assisted Masters to leave the minimum between the sides on the resumption, Ardara moved up a gear and hit ten more points to the home side’s solitary one, again coming from the boot of McDaid in the 53rd minute
This was a do-or-die match for the decimated home side and it was reflected in a gritty opening half display where they were a tad unlucky to go in two points adrift as Ardara led by 0-6 to 1-1.
Ardara started with a fairly considerable breeze and marksman Gareth Concarr converted and early free after just two minutes.
This was quickly cancelled by a fine effort from play from the impressive Jamie Crawford.
But that was to be their last score until the 24th minute when Sean O’Kennedy finished an incisive move to the net.
Ardara had most of the play in the opening quarter.
The promising Niall McCrossan then nailed two fine scores, one from a free and one great left-footed effort to put the visitors into a 0-3 to 0-1 lead.
It could have been worse for the home side but for a brilliant save by Masters keeper Martin Cassidy from a point-blank shot from Tomas Boyle in the 15thminute.
John Ross Molloy extended Ardara’s lead with a fine individual effort before they were caught by a lightning Masters move where Leo McHugh and the tireless Dunnion combined to put Sean O’Kennedy through and he cooly picked his spot to level matters.
It looked well set for the home side for the second half, but Ardara’s superior power and panache saw them through quite comfortably.