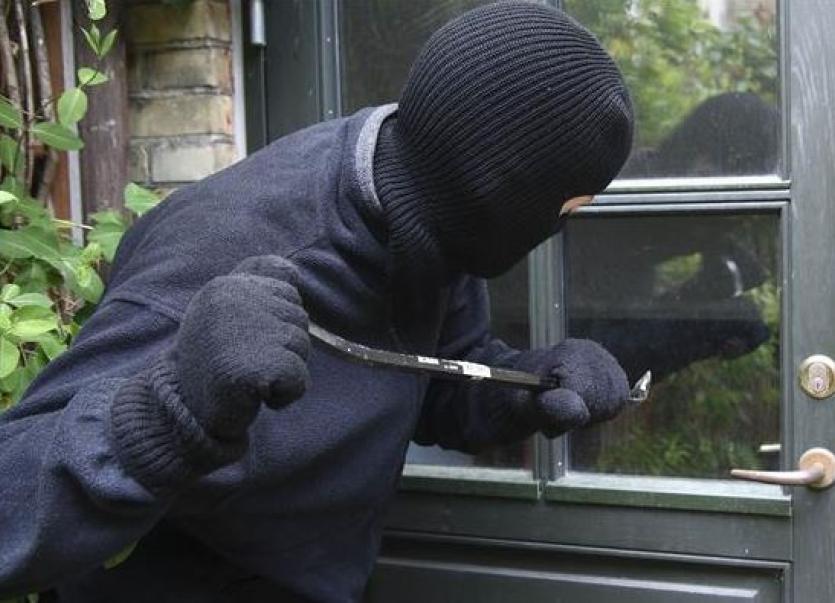 A file pic of a burglar

Over the last week, members of the Garda Síochána in the Letterkenny have investigated the circumstances surrounding three separate burglaries.

The first burglary occurred on Wednesday, August 14 between 2.50am and 9am.

Three culprits forced their way into C&J Meats in Coolatee, Lifford using what is believed to be a metal crowbar.

According to the CCTV footage from the area the culprits were wearing masks and gloves during the raid.

The offices were ransacked but nothing was taken.

On Friday, August 16 between 11.30am and midday another burglary took place.

The alarm was raised after neighbours observed two males acting in a suspicious manner in the Milltown, Convoy area.

A neighbour reported seeing a man exit the rear of a nearby property and leave in a vehicle.

The occupants of the house returned a short time later to find that the interior of their home had been completely disturbed.

The third burglary took place in Burt on Sunday, August 18 between the hours of 1.30pm and 4.15pm.

The occupants of the home returned home to find their sitting room window smashed and entry had been gained.

The house was completely ransacked.

Anyone with any information to any of these incidents is urged to call gardaí at Letterkenny Garda Station at 074 91 67100 or alternatively you can call the Garda Confidential Line at 1800 666 111.