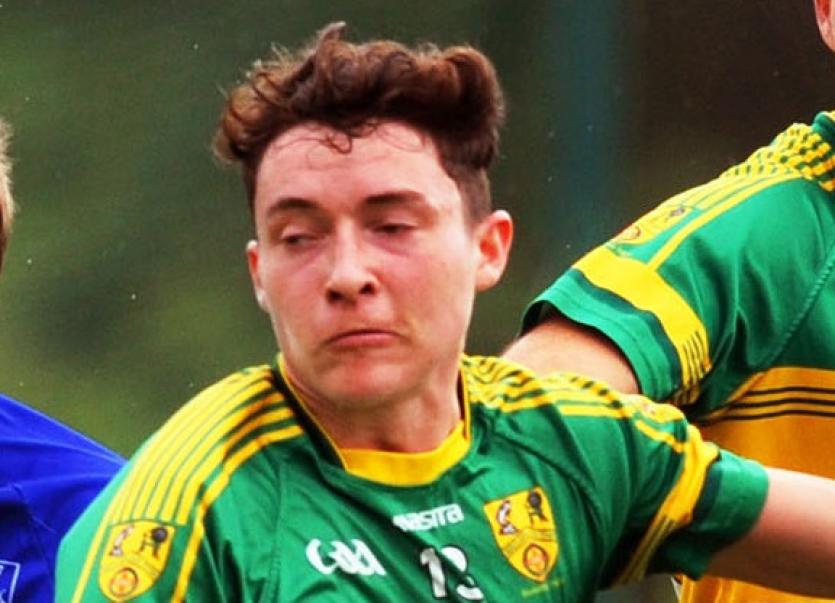 Johnny Sweeney - 1-1 for Ardara against Dungloe

Champions Ardara produced another of their top class performance for their penultimate game of the season when disposing of Dungloe in Pearse Park.

With the Division Two cup being presented afterwards Ardara produced what was described as champagne football as they racked up a big score with ten different scorers.
And they did it without the likes of Conor Classon, Matthew Maher and Gareth Concarr, who did not start.
And there was a cameo appearance for veteran Peter McHugh, who earlier in the day had hit 1-1 for the Donegal Masters as they reached the All-Ireland semi-final. He returned home and hit 0-2 for his home club.
McHugh is one of seven players who were on the last league winning side of 2009 - the others being Brendan Boyle, Nicholas Maguire, Johnny Herron, Declan Gavigan, Conor Classon and Matthew Maher.
Ardara were in control at the break, leading by 2-8 to 0-4 and there was never any doubt about the result.
The game marked the return to action of Shane O'Donnell, which is timely with CJ Molloy out with a long term injury. Ardara have used 33 players in the league so far.