Celebrating the life and times of Letterkenny's Church Lane 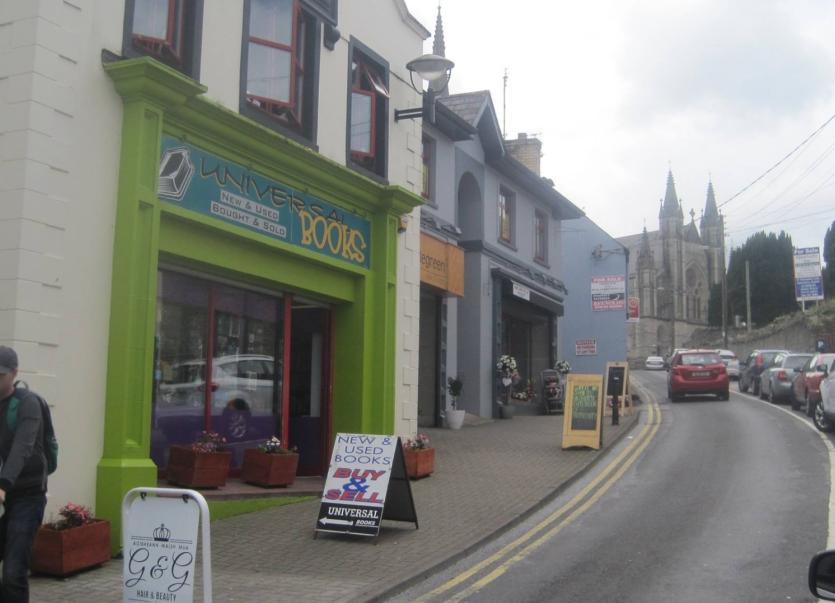 I have mentioned on more than one occasion in this column that I worked in what was known as 'The Continental Bar’ in Letterkenny during my teenage years. It was to prove a far better education than the one I got at St Eunan’s.

In a pub you learned to spot a spoofer from a couple of streets away, and bullshit was a speciality of quite a few of the regulars. I was to meet plenty of that particular species in the newspaper game.

On many occasions I would stand there, mouth hanging open as old guys started talking about events that had occurred 20/ 30 years earlier. I was 15/16 at the time and I couldn’t grasp the idea of people talking about things that happened in a time before I even existed. The concept was too much for my limited brain power.
Anyway, on Thursday night the shoe was on the other foot when I went along to a reunion for people who grew up in the Church Lane in Letterkenny.
I went along with two of my brothers, John and Hugh, and somewhere during the course of the evening it hit me that I had become like those old guys in the Continental Bar, talking about things that had happened in my case more than 50 years ago.
We were now the boring old farts. And by god did I enjoy it.

Donnan Harvey - the organiser of the Church Lane reunion

We lived in the Church Lane when it was a street full of characters.
John Crerand used to be a newspaper distributor. He used to go to Derry and Strabane every day and bring back the Irish Press and Evening Press where he had a whole cohort of young lads who would go round delivering them door to door.
He was a real entrepreneur. He also was Letterkenny's first driving instructor. One day when I was learning to drive he casually asked me, ‘ Pat…do you work for the County Council?’ “No’ I replied. “Well in that case would you mind not clipping the hedges…”

Another resident was Cornelius Coyle. He had spent many years in the American navy and would proudly show you hugely enlarged photos of the ships he served on. But he was a first class whinger in that nothing in 1950’s/60’s Ireland was any good. A somewhat embittered old man every sentence almost inevitably began with ‘In this goddamn country…”
At the top of the street in one of the fine Georgian Houses lived a Mrs Greene who took in boarders. My brother John told the story on Thursday night of one day when a big car pulled up and all these people got out.
Mrs Greene shouted to him to come along and give them a hand in with their cases. He helped one man carry up his luggage to the third floor and as he was leaving the man called him back and handed him a ten bob note, a bit like somebody giving a ten year old kid 50 euro now.
John remembered this incident so well because, as he said himself, he made ‘the mistake’ of informing my mother of his good fortune and soon the ‘tenner’ was exchanged for a tanner (six pence) where he was on the wrong end of the deal.
Maybe some of you might have heard of Mrs Greene’s son? He emigrated to New Zealand in his youth with, as he told me himself, ‘the arse hanging out of my trousers’ but when he passed some years ago he was worth somewhere in the region of €300m. Hugh Greene was certainly Donegal’s richest man, and possibly also New Zealand’s.
And there was Derek McVeigh who used to play football with us on the street. He was a real nice fella. He went on to become a Judge. 40 years later I was working in Derry and one day met Joe McElroy who lived about three doors up. He was by then a consultant in Altnagelvin Hospital. I could go on and on.
The young man who deserves a hell of a lot of credit for keeping our old street alive and that is Donnan Harvey. Not that long ago half the houses in the street were derelict, roofs caving in through years of neglect. Donnan, almost single handedly, has proved the catalyst to revitalising the whole area.
He even organised our night of memories last Thursday night.
Donnan Harvey take a bow.

Two women travelled down by CIE bus on Saturday.
To say they were less than impressed by the service offered is putting it mildly. In Bus Aras the toilets were seriously bad but this was as nothing compared to what they found in Monaghan.
One lady had to use the disabled toilet which was ‘beyond disgusting’ with, quite literally, quite a lot of ‘you know what’ in clear view. One of the ladies made a protest to a staff member but was told, admittedly in a polite manner, that it was ‘nothing to do with me’.
It should have something to do with somebody.

I came across a posting on Facebook the other day from a guy called Seamus Gallagher writing in a post about the Irish in Kilburn. Seamus told that working for an English man in the sites usually meant getting fair treatment but if you wanted to get a raw deal go work for an Irish contractor.
He told of Irish contractors using their own people in the 50’s, 60’s, and 70’s to almost kill them working. Poor men were so frightened to lose their jobs they worked like horses. Then the contractors started to do 12 hour shifts in the tunnels to make more money. More exploitation.
Then there were the Irish pubs where ‘bad drink’ was the order of the day – cheap rocket fuel sold at exorbitant prices. And, of course, many of the Irish owned pubs provided a ‘changing cheques’ service where the poor worker frequently got scammed.
My father-in-law, who spent most of his working life in Britain, frequently told stories of a similar nature. He told me if you wanted to get screwed you could always rely on your own to do the screwing.