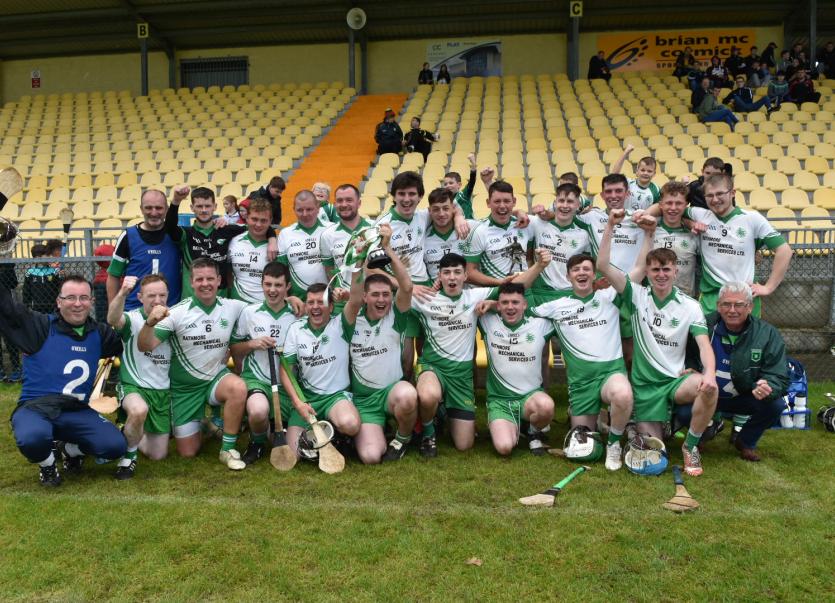 Just three points separated the sides at the finish with Oisin Rooney, Pauric Keenaghan, Ciaran Kilgannon, Rory Cullen, Brendan Gillespie and Paul Sheridan all turning in big performances as Aodh Ruadh came from behind to win the title for the first time since 2010.

It was a three point game at half-time in favour of Carndonagh who led 1-6 to 0-6. Player manager Cathal Doherty scored 1-3 for the Inishowen side who got off to a flying start with a goal and four points in the opening ten minutes.

The goal from the penalty spot after three minutes was converted by Doherty after Fergal Doherty was hauled down in the large rectangle.

Playing with the aid of a stiff breeze blowing into the Swilly end, Carndonagh tagged on four points without reply to take a commanding seven points lead.

Cathal Doherty scored two points with Fegal Doherty and Ryan Davenport  knocking over one each.

Lively corner forward Rory Cullen finally got Aodh Ruadh off the mark with their opening point on 13 minutes. And when Cullen quickly added a second the Ernesiders were up and running.

John O’Donnell and Cathal Doherty responded with two long range strikes for Carndonagh. But Aodh Ruadh’s tails were up and they landed four points without reply courtesy of two Oisin Rooney frees and one each from play off the hurls of Pauric Keenaghan and  Ciaran Kilgallon to leave the goal between the sides at the interval.

Aodh Ruadh resumed with all guns blazing after half-time and thanks to two pointed frees from Rooney and a point from play from Kilgannon they had drawn level by the 36th minute.

And the Ernesiders were ahead for the first time when Pauric Keenaghan hammered to the back of the Carndonagh net for a super goal and a 1-9 to 0 1-8 lead.

And while Darragh McCormick and Cathal Doherty refused to buckle and added points for the Inishowen men, Aodh Ruadh’s dander was up and man of the match Kilgallon, Rooney and Keenaghan closed out the game with late points.