Gallen warms the cockles with five-star performance for MacCumhaills 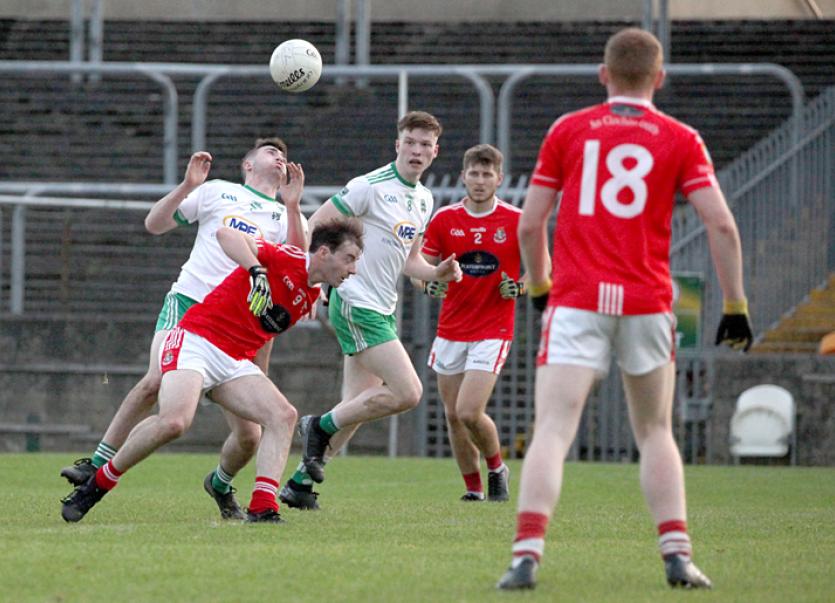 Oisin Gallen caught plenty of attention earlier in the year playing for Donegal but the MacCumhaills teenager firmly announced his arrival on the Donegal club championship this evening in MacCumhaill Park.

On a beautiful evening on the banks of the Finn, Gallen scored 2-9 for Sean MacCumhaills in their eight point win over a game Dungloe side in the opening game in Group B of the Donegal Senior Football Championship.

Playing in a  free role across the forward line. Gallen scored 2-5 of his total in the first half, all from play. He hit 1-4 off his left boot and 1-1 off his right in a class performance that was sure to warm the cockles of the hearts of the home supporters who crave championship success.

MacCumhaills led by 11 points at half time thanks to a master class from county star Gallen who hit 2-5 out of his team's 3-9.

Gallen was on fire in the first half and simply ran the Dungloe defence ragged. By the 20 minute mark he was on his third defender. Jack Scally, Mark Curran and Mathew Ward had all taken turns at marking the danger man.

He struck for the first goal on six minutes after Martin O’Reilly raced through a rather porous Dungloe defence before offloading to Gallen who turned his marker before unleashing an unstoppable strike past Danny Rodgers.

MacCumhaills were 1-2 to 0-1 with Gallen and Darren O’Leary from a free also scoring for MacCumhaills while Barry Curran posted the Dungloe point.

Chris Greene and Barry Curran kicked two fine points for the men from the west.

And while the scores were coming a little easier for MacCumhaills it was still a two point game at the end of the first quarter.

But with Padhraic Patton and Gavin Gallagher lording it at midfield and Marty O'Reilly coming deep MacCumhaills were four up again thanks to points from Gallen, O’Reilly and Darren O’Leary.

Conor Greene kicked a fine individual point and Noel McBride landed another free before the floodgates opened and MacCumhaills hit 2-2 in the space of two minutes to go up to a 3-8 to 0-8 lead. Gallen drilled to the roof of the Dungloe net after being sent clear by Brian Lafferty and 60 seconds later Danny Rodgers was plucking the ball out of the back of the Dungloe net after O’Reilly polished off a sweeping move.

MacCumhaills led 3-9 to 0-8 at half-time, Noel McBride scored the last point of the half from a free.

Dungloe through Adam Neilly (2), Davy McCarron and Hugh Moy hit the first four points of the second half to reduce the margin to six.

But normal service was resumed. Gallen and O’Reilly knocked over two quick points and Brian Lafferty struck for goal number four and a 4-11 to 0-12 scoreline eight minutes into the new half.

Dungloe to their credit refused to buckle and with Darren and Mark Curran and Hugh Moy driving them on, the Rosses men enjoyed a good spell  and when Conor Greene struck a super goal and Neilly converted two close in frees and Greene hit a fine point the margin was back to six.

But it was game set and match when O’Leary palmed home goal number five from a fisted Gallen cross with a little over ten minutes remaining.