Bronze for Leah Gallen after semi-final defeat in Bulgaria

Raphoe boxer claims another medal on the world stage 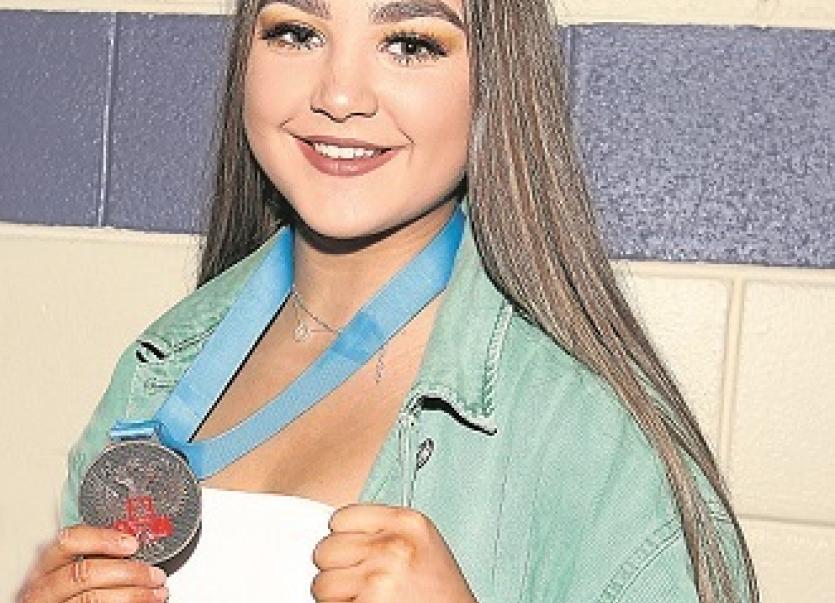 Raphoe ABC's Leah Gallen claimed a bronze medal after losing out to her Hungarian opponent in yesterday's 69kgs semi-final at the European Youth Boxing Championships in Bulgaria.
The win by Viktyria Csilla Ambrus in a unanimous decision, brought an end to the young Ballybofey woman’s hopes of reaching the final.
Still, Gallen will be delighted to have claimed bronze for Ireland, rounding off a week to remember.
Leah got her championships underway on Thursday when she came up against Germany’s Annemarie Schierle in a last 16 tie.
Leah was pushed all the way by her opponent before eventually winning on a scoreline of 3-2.
That win put her into the last eight where she met Turkey's highly rated Gulan Agra.
Leah, a student at St. Columba's College in Stranorlar, didn't have her best fight. However, she still did enough in the third and final round to record another win.
This week's championships in Bulgaria have offered Leah another chance to shine on the big stage. Last year, she was a bronze medal winner at the European Junior Championships in Anapa in Russia.

It meant a place in the sem
X