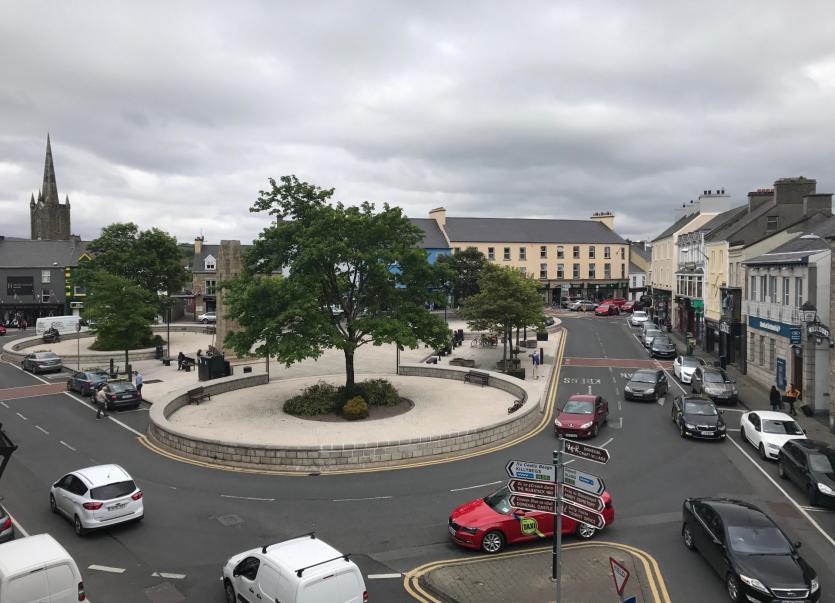 A new one-way system for Donegal town aimed at improving traffic flow could be in place before Christmas, local councillors hope.

Councillors are due to be updated tomorrow on new traffic bylaws for the town which would introduce extra parking spaces and a one-way system connecting Upper Main Street with Bridge Street via Water Street, Castle Street and Tirchonaill Street.

The plans would also include extra parking spaces along the new one-way system and additional parking spaces at the main car park behind the Diamond and at the old fire station.

The bylaws would also see pay and display parking reduced to just two hours at a time.

The proposals have been put forward by the council’s roads service and have been discussed by councillors at in-committee workshops.

The bylaws will have to come before the Donegal Municipal District before going out for public consultation.

Donegal town Independent councillor Tom Conaghan is tabling a motion at tomorrow's meeting of the Donegal Municipal District calling for an update on the bylaws as a matter of urgency.

He said the new bylaws are aimed at dealing with traffic congestion around the Diamond.

“I am looking for clarity on the bylaws but it has been more or less agreed that this has to happen since before the work on the Tirchonaill Street Bridge was done,” he said.

“We have been waiting to see how the bylaws will cover it. We are trying to help the town and businesses by improving traffic flow. This will be good for traffic and good for the public.”

“I think most people will be happy about it,” he said.

“It will be positive for the town because it has been a big issue for local businesses for years. Traffic is an issue for all businesses in the town. This will improve traffic movement. This is about traffic flow and ensuring traffic is moving quickly.”