A night to remember for Burn Road club 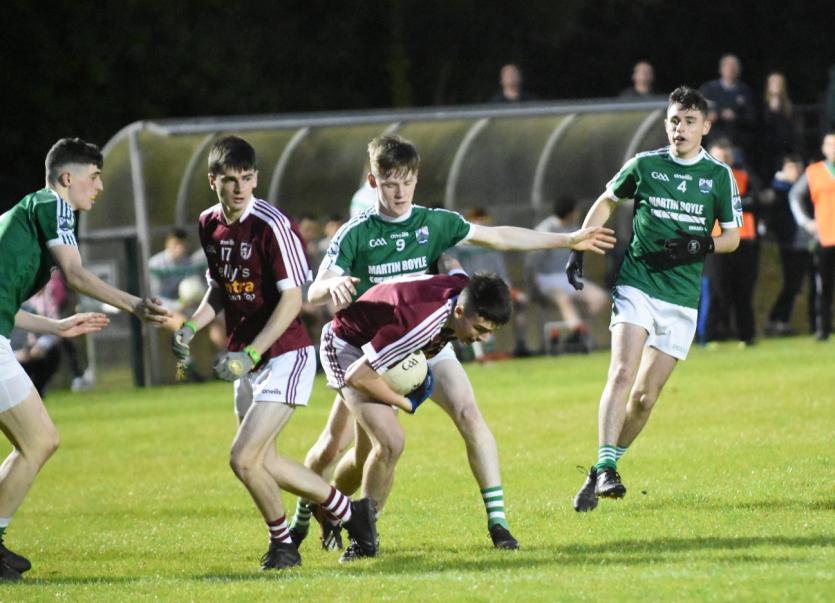 Termon won a first ever Dongal Minor Division One title when they produced a brilliant second half comeback to crown an historic night for the club in Convoy on Wednesday night.

For long spells in this game, Gaoth Dobhair looked favourites to win with first half goals from Fiachra McCole and Stephen McFadden putting them in the ascendency.

But Termon’s never-say-die approach ensured they were able to stay in the game.

And while it took all of 18 minutes for either side to raise a flag in a closely fought second half, Termon kicked a string of wonderful points in the closing quarter to level the game going a minute into injury time at the finish.

A free from Aaron Reid a minute later put Termon in front for only the second time in the game and as the clock ticked down, substitute Mark Gallagher palmed a Ryan McFadden pass to the net to seal an historic victory for the men from the Burn Road.

Gaoth Dobhair had come  into this game as strong favourites, but they took a little while to find their rhythm.

Termon were confident in possession early on but for all their good play, they found it difficult to mount any threat to the Gaoth Dobhair goal.

With nerves perhaps playing their part in both camps, it took all of eight minutes before either side managed to raise a flag - Aaron Reid’s well taken free from wide on the right putting Termon in front.

Gaoth Dobhair’s response was immediate. A free-flowing move down the centre saw Fionnan Coyle pick out the run of Jamie Doherty with a sublime pass. Doherty hand-passed the ball across the face of goal and the inrushing Fiachra McCole was able to palm home.

It was a brilliantly worked opening goal and within a minute, a Cathal Gillespie free put them 1-1 to 0-1 in front.

Their second goal arrived on 16 minutes and it was a little fortuitous. Stephen McFadden, coming in from the left, appeared to be going for a point when his effort dipped at the last second and dropped inside the post.

Suddenly Termon were six behind and sensing that the game looked to be getting away from them, they made two substitutions with the talented Black brothers, Stephen and Conor both introduced.

To their credit, the Termon players sought a response of their own and they enjoyed another good period of possession. Ryan McFadden and Aaron Reid kicked two good frees to reduce the margin to four. Fionnan Coyle knocked over a good score for Gaoth Dobhair but Ryan McFadden, with a sublime score from wide on the left ensured Gaoth Dobhair’s lead was down to 2-2 to 0-4 at half-time.

Ultimately Gaoth Dobhair’s failure to kick into gear in the second half proved their downfall. Indeed they managed only two points after half time - and at one stage they went exactly 30 minutes without a single score.

In contrast Termon were clinical when it mattered in the final quarter and Gallagher’s late goal was the icing on a perfect night.