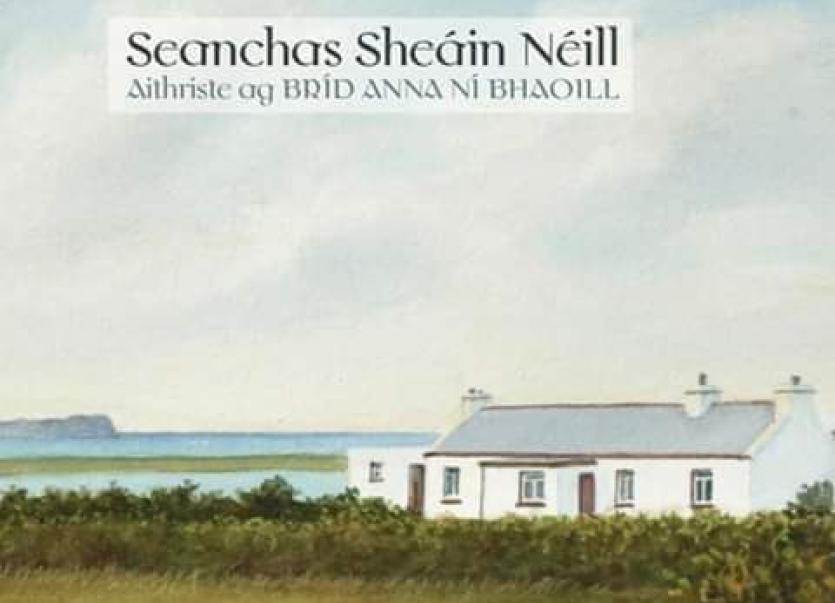 A CD titled 'Seanchas Sheáin Néill - aithríste ag Bríd Anna' Ní Bhaoill' will be launched by Dinny Dhónaill Ó Dómhnaillat Óstán Caisleáin Óir on October 12 at 8pm.
The 'Fear an Tí' for the evening will be the well known actor, Niall Mac Eamharcaigh.
This new body of work, which consists of 7 stories and 5 poems, is one that derives from the exceptionally rich story telling culture of Rann na Feirste.
Sean-nós singer and lecturer in Irish language, folklore and Celtic Civilisation in the School of Languages, NUI Galway, Dr Lillis Ó Laoire has attributed an exceptionally favourable commendation to this work that he says will make future generations richer in the context of language and culture.
“Molaim an saothar seo go hard agus molaim Bríd Anna agus Eilín agus na daoine eile a chuidigh léi a chur le cheile. Tá muid níos sáibhre dá thairbhe agus tá ábhar foghlama ann don aos óg agus leoga do dhaoine níos sine, go ceann na nglúnta le theacht.”
Bríd Anna was born in Rann na Feirste - the daughter of Bidí Sheáin Néill and Donnchadh Ó Baoill.
Bríd Anna and her cousin Eilín Ní Bhaoill brought this wonderful work to fruition. Micí Sheáin Néill was a great uncle to both Bríd Anna and Eilín.
Recording was carried out in Studio Cuisle Ceoil in Ionad Naomh Pádraig Dobhar under the direction of Micheal Ó Dochartaigh. Caomhan Ó Scolaí designed the cover of the CD.
The importance of this work cannot be underestimated - it is works, such as these, that enrich the language of an area for the future.
Those attending the opening will find that the number of performers and speakers in attendance will rival an occasion at Oireachtas na Gaeilge. It will be a wonderful night of rightful celebration and recognition for those who are truly deserving.