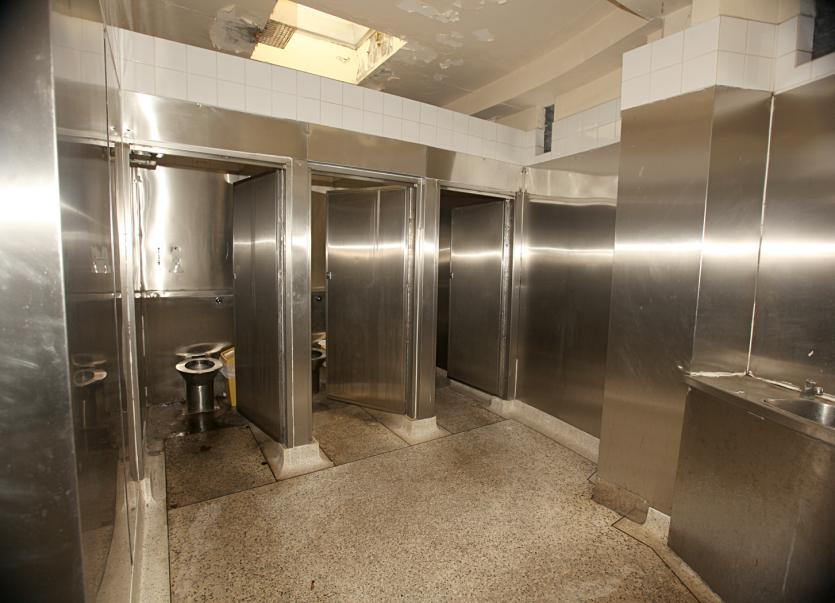 File image, the toilets pictured a number of years ago

A Ballyshannon councillor said a long-awaited engineer’s report on the town’s public toilets must be carried out as a matter of urgency.

Cllr Barry Sweeny (FG) also called for additional funding to be made available to ensure full refurbishment of the toilets.

The councillor put down the following motion at the September meeting of the Municipal District (MD) of Donegal: “That this Municipal District expedite the engineer’s report on the roof of Ballyshannon’s public toilets and that additional funding be made available to complete the necessary works in addition to the finance already ring-fenced for their refurbishment and provide or redirect temporary staffing resource to allow the toilets to reopen after being closed for the summer season. Furthermore, I propose that a Portaloo be installed at the Mall Quay/Mall Parks area of the town.”

The councillor pointed out that an engineer’s report had been talked about for more than a year.

“It needs to go further than these conversations,” he said. “I find it hard to believe that the council couldn’t provide an engineer to come and do a report on that building in the last 12 months.

“We are all in agreement that it needs to be done. It was a major issue in the local election.”

The initial plans to refurbish the public toilets were put on hold when it emerged that there was a serious problem with the roof. This meant that a much larger budget was required to complete the work.

“I am calling on senior management to make that money available,” said Cllr Sweeny.

The councillor also highlighted the fact that the toilets had been closed all summer because the caretaker was off sick. He asked that the council would fund a temporary staff member so the toilets could re-open.

“It is a chicken and egg situation,” he said. “We need services in the town to encourage business but we need the services to be funded.”

His motion was seconded by Michael McMahon (SF) who said: “It goes without saying that it is a major major issue. This matter needs urgency.”
A representative from Donegal County Council’s Environment Section was present at the meeting. He said his department would expedite the engineer’s report and would establish the most cost-effective solution to the matter.