Four Masters cause shock of championship with away win in Glenswilly 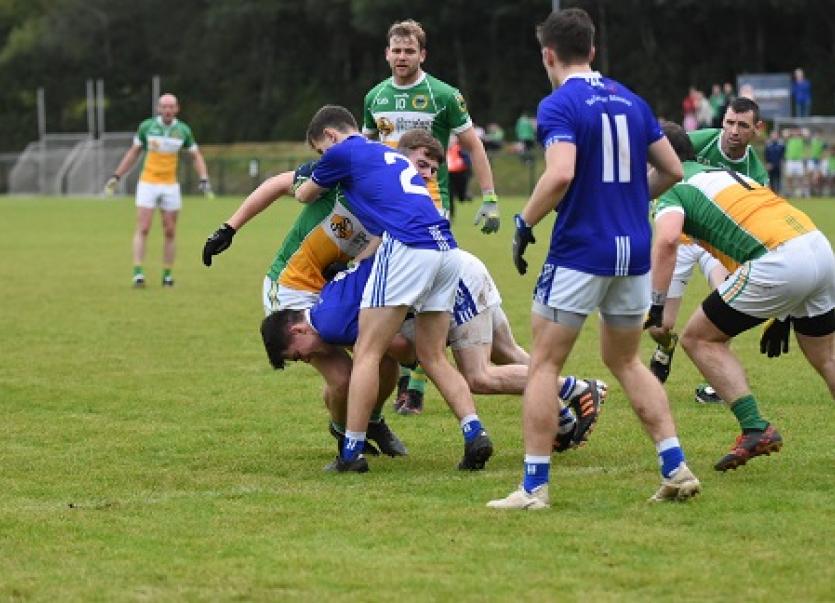 Four Masters pulled off the shock of the championship with an eleven point victory over Glenswilly, this evening in Pairc Naomh Columba, Glenswilly.

The Donegal town side, who went into the second round tie as very much the underdogs, were full value for their victory over a fancied Glenswilly, with Michael Murphy and Neil Gallagher in their line-up.

Glenswilly may have hit the first score of the game when Michael Murphy split the posts on two minutes, but the locals knew they were in a contest by the end of the first quarter as Four Masters led by three points 0-4 to 0-1.

Kevin McBrearty, Jamie Crawford, Conor McDaid (2) hit the target for a Four Masters side  who lost their opening game at home to Milford. The Donegal town men have also been relegated to Division Three after a dismal league season.

But they belied that status with Kevin McBrearty and Leo McHugh, Jamie Crawford, Conor McDaid, Paddy Reid, Sean O’Kennedy, Kevin Breslin and the evergreen Barry Dunnion playing out of their skins.

And while Murphy, named on the RTE Sunday Game team of the year the night before, kicked Glenswilly’s second point when he converted a close-in free - after referee Enda McFeely spotted Kevin Breslin tugging the county skipper’s jersey- to make it a two point game, Four Masters continued to take the game to the locals and thanks to points from Caolan McLoughey and McDaid the Masters were 0-6 to 0-2 up with five minutes left in the half.

Murphy converted another Glenswilly free but Loughney and McDaid kept the scoreboard clicking and the Masters were five up going into the closing minutes of the half.

Glenswilly thought they had been thrown a lifeline when Oisin Crawford got a flick to his initial shot that came back off the crossbar.

The umpire waved the green flag but the goal was ruled out by the referee after consulting with his umpires.

And to add to the disappointment John Boyle drove forward for a super point to send the Masters in 0-9 to 0-3 up at half-time.

Kevin McBrearty drew first blood for Four Masters on the resumption with a well struck point inside a minute.

Murphy responded with three pointed frees to reduce the margin  down to four with the clock ticking on the third quarter.

But Conor McDaid from a close-in free after a tug off the ball restored Four Masters five point advantage once again as Masters led 0-11 to 0-6 with 48 minutes on the clock.

Sean O’Kennedy became the hero of the hour shortly after when he put his body on the line to deny Caolan Kelly an almost certain goal.

And minutes later he got on the end of Four Masters break to smash the ball to the back of the Glenswilly net for a 1-11 to 0-6 lead.

That was on 53 minutes and Glenswlly’s cause was not helped when they were reduced to 14 men, Joe Gibbons sent off on a straight red card.

And it was game set and match when Conor McDaid polished off another good move with a clinching goal three minutes into injury time.