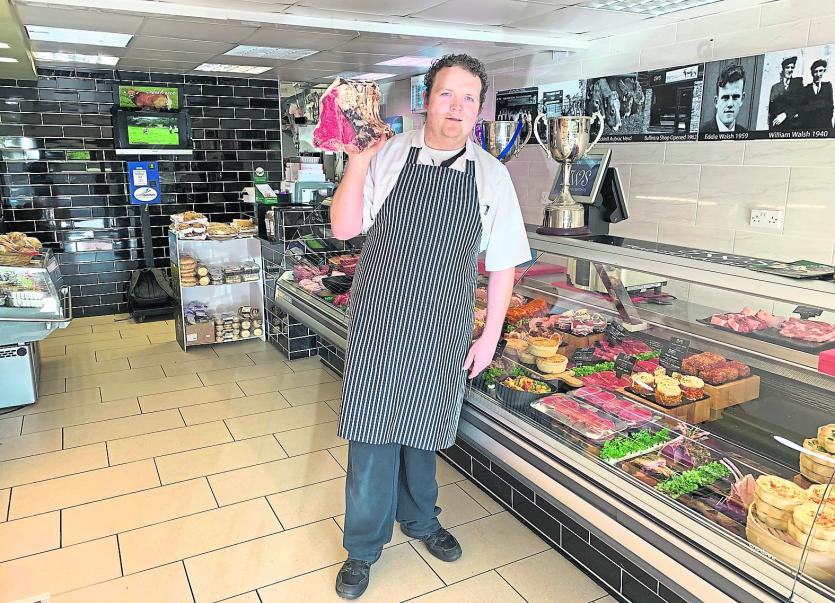 Keith Walsh of Walsh's Butchers in Donegal town has his own herd and buys direct from local farmers PICTURE: MATT BRITTON

Meat suppliers and hotels in Donegal have moved to ease concerns about potential shortages of meat in the short term due to the beef dispute.

The Restaurants Association of Ireland this week called on protesters to stand down their action saying restaurants are facing meat shortages due to the dispute.

It said that if the blockades at meat plants are not lifted soon, restaurants will not have beef on the menu from next week.

But local suppliers and hotels say there are sufficient stocks.

Gareth Ferry of Kavanagh’s SuperValu in Donegal Town said: “Our parent company Musgraves have been putting a lot of focus on this and we have sufficient stocks and there are no signs of any panic buying.

“Our meat counters are well stocked but I would be the first to admit that I would dearly like to see this being resolved not only for retailers but for the farmers, processors and those indirectly employed.”

Keith Walsh from Walsh’s Butchers in Donegal town said: “We have always prided ourselves in sourcing our own beef. We have a large herd and we also buy direct from the local farmers throughout the county and would be at the marts in the county five days a week.

“There is no doubt that there will be a problem with supply unless this is resolved and I am informed that already some of the larger chains are beginning to run low and already bringing in stocks from the UK.

“We are in a position now that farmers who cannot sell their produce to the factories are now coming to us to I would anticipate no problem with our supply.

“A lot of the larger Irish companies have plants in both the UK and the North of Ireland which use Irish beef. There is no doubt that should it continue, they will continue to make up some of the shortfall but this can only last for a limited time.”

Reports of no beef in hotels and restaurants by early next week have been dismissed by a number of hoteliers.

Noel Cunningham of Harvey’s Point Hotel said: “There is a certain element of the fear factor here. We have witnessed no shortage to date but we would be concerned for the future if this continues to escalate. There is a lot at stake here - jobs in all sectors and indeed in the hospitality sector. It is a bit ironic that we are in the middle of a national Tasty Ireland campaign with the threat of no beef on the menu.

“It’s as simple as this. We will have to sit down and sort it out if the farming industry is to survive.”

Paul Diver of the Irish Hotels Federation added: “I will have to be quite frank about this. If people bought their products from their local butchers and suppliers we might not be in this position. For years now many have been bypassing the butchers and buying from large wholesalers. one would think that there was a concerted strategy to ignore the local suppliers. At the Sandhouse we have always bought locally and do not foresee any problems.”