Rampant Gaoth Dobhair much too strong for Ardara to top group 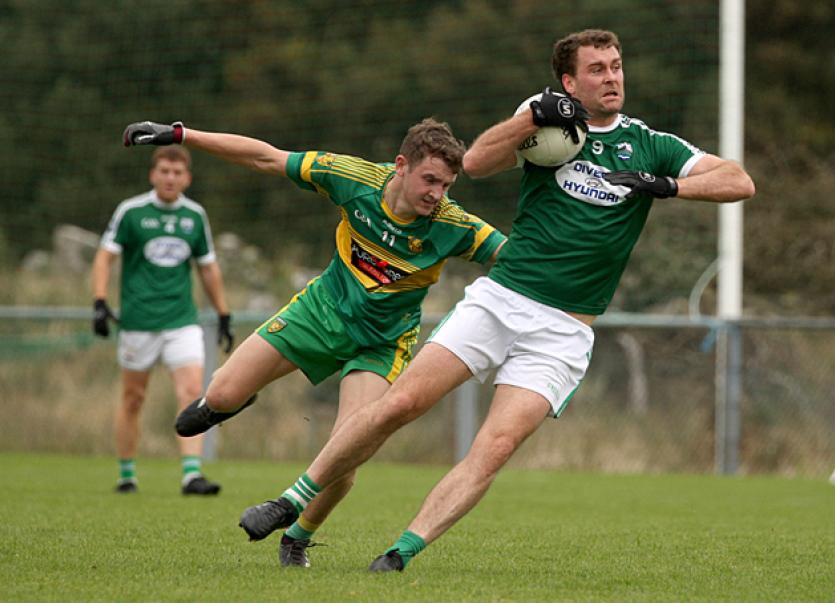 Gaoth Dobhair were much too strong for a weakened Ardara in the last of the Group A games in Pearse Park, Ardara.

Ardara started without their captain Conor Classon and to add to their injury worries, just before half-time Jack Brennan went off with a shoulder injury while John Ross Molloy also had to go off.
At the break they trailed by 0-10 to 0-3 and Gaoth Dobhair were full value for the seven points lead.
Gaoth Dobhair started without Odhrán McFadden Ferry and Cian Mulligan but they dominated a very understrength Ardara side. They were 0-5 to 0-1 up by the 13th minute, points from Eamonn Collum, Ethan Harkin, Michael Carroll, Naoise Ó Baoill and Odhrán Mac Niallais from a free.
Shane O'Donnell first timed Ardara's only reply in the opening quarter. Gaoth Dobhair also had two great goal chances, Dáire Ó Baoill blazing wide after a great pass from Kevin Cassidy and Ethan Harkin denied by a block by Brendan Boyle.
Paul Watters had Ardara's second point on 16 minutes but the man of the first half Ethan Harkin hit back with two quick points in reply.
Gareth Concarr pointed a free but it was one-way traffic with further points from Harkin (2) and an Eamonn Collum free.
Just before the break Brendan Boyle almost got in for an Ardara goal after great interplay but was denied by a brave save from Christopher Sweeney.
Within 16 seconds of the restart Naoise Ó Baoill was in for goal but it was saved by Ciaran Gildea but fell to Dáire Ó Baoill to fist over.
Eamonn Collum added a point before Odhrán Mac Niallais casually fired to the net on 33 minutes. Mac Niallais added a free to open the gap to 13 points.
That advantage was extended to 16 with points from Eamonn Collum (2) and Gavin McBride before Gareth Concarr pulled a point back from a free on 45 minutes.
Concarr kept the Ardara scoreboard turning with two more frees but Gavin McBride pionted and Naoise Ó Baoill fired home a second goal with two minutes left.