IT OCCURS TO ME: What's going on in Quinn Country?

Frank Galligan on the abduction of Kevin Lunney 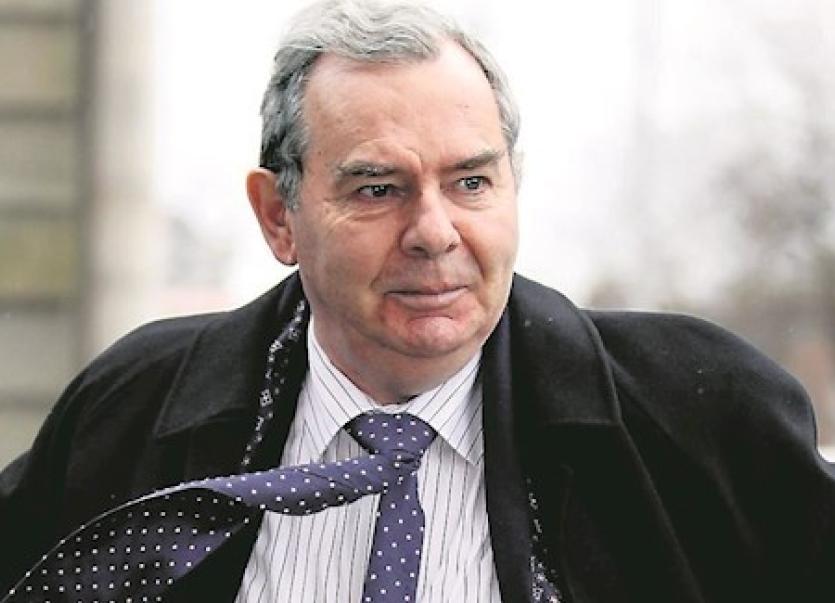 Why has it taken some 70 incidents culminating in the horrific abduction and torture of Kevin Lunney to finally make the Gardaí/PSNI go after a bunch of psychopaths and gangsters in the Cavan border area?
I am reminded that Veronica Guerin had to lose her life before a serious and sustained campaign against high profile criminals in this country.
Indeed, Kevin is lucky to be alive and the manner of his torture proves one thing...these thugs are not motivated by republicanism, dissident or not, but enjoy inflicting pain and suffering and there is no place for them in a civilised country.
Just as the original Troubles gave carte blanche to many latent psychos to wrap a flag of convenience around them and inflict hell on the innocents, so a band of ne’er do wells and scumbags in what is called Quinn Country are targeting Quinn Industrial Holdings personnel, for a cause that defies logic. Why?
There is a Sean Quinn Community Page on Facebook, although Sean Quinn has nothing to do with it. One entry last September made reference to the notorious Shankill Butchers, based in Belfast in the 1980s, who were led by a man called Lenny Murphy.
There is no little irony in the mention of the Shankill Butchers, as the torture of Kevin Lunney bears all the hallmarks of Murphy.
Sean Quinn has condemned the campaign of terror so what is their motivation? What was Murphy’s?
As Martin Dillon - author of The Shankill Butchers, said: “He was an aggressive psychopath who loved the limelight as much as he did killing and torturing innocents.”
He has bedfellows skulking around Cavan and Fermanagh.

SIMON WOULD DRIVE YOU TO DRINK!
Some time ago in this column, I wrote about the spindoctors’ trick of distraction, i.e. when there is a major crisis, introduce something topical or controversial to distract the peasantry away from the serious matters in hand.
Well, it has happened again.. and the bould Simon Harris is the instigator.
I don’t need to tell readers that the health service is in a ‘state of chassis’, to quote Captain Boyle in Juno and the Paycock. So what is preoccupying the Minister at the moment?
He has announced new measures to take effect next September when customers will be barred from using loyalty card points to purchase alcohol when they do their normal grocery shopping.
Why is it in Ireland that our Nanny State Government goes OTT so consistently when it comes to legislation that should simply be a matter of choice for the consumer? Well, it’s worthy, trendy and cool, and most importantly, a distraction.
He says it’s to reduce alcohol consumption but as Larissa Nolan pointed out so eloquently in the Indo, it is hitting the wrong target.
She wrote: “This won't affect bingers, who aren’t relying on SuperValu vouchers to drink themselves into oblivion. Students don’t spend enough in supermarkets to benefit from points schemes.
“It won’t make any difference to alcoholics, who would starve for the week rather than be left dry. It certainly won’t be noticed by the wealthy, who are immune from financially prohibitive measures to control behaviour.
“Instead he is targeting the responsible drinker; the moderate, the ordinary person, those whose habits you want to encourage - not punish - in a country beset by an unhealthy, destructive drinking culture.”
I totally agree with her. May I suggest that the Minister come up with a competent plan to reduce the number of people on waiting lists and hospital trolleys.
No harm to him and the other ‘trend heads’, but they’d drive you to drink!

GENDER NUTJOBS!
God preserve weans from PC parents whose ideology may actually end up destroying their children’s chances of a normal life.
You may have seen them recently on a number of media outlets, an English couple who are refusing to reveal the sex of their 17-month-old baby to their close family because they want to protect them from ‘unconscious gender bias’. The poor child!
The parents live on a houseboat in Keynsham, near Bath, and said they are currently dressing 17-month-old Anoush in both boys and girls clothes. Jesus wept!
The father, one Mister England-Johns said: “Gender neutral refers to us trying to behave neutrally towards the child, rather than trying to make them neutral.
“We’re not trying to make them be anything. We just want them to be themselves.”
The mammy said: “So much of gender bias is unconscious. When I got pregnant we then were having a discussion about how we were going to mitigate the unconscious bias. And we figured that the only way we could do that was just not to tell people.
“To use the they/them pronoun for as long as we can, and create this little bubble for our baby to be who they are.
“Eventually they will get told by somebody that pink is only for girls and blue is only for boys, and you can’t play with that because you are a particular sex. That's still a thing that happens these days. We’re just trying to protect Anoush from that.”
The mammy’s name is Hobbit and they are both circus performers! Nuff said!
I felt really sorry for the granny who didn’t discover the child’s gender for 11 months, when she changed a nappy.
She said: “It was a struggle... but as with any learning over time it became embedded and they became ‘they’.”
Did you ever hear such s...e in your life?