A hat trick for Susan and Rana at national awards 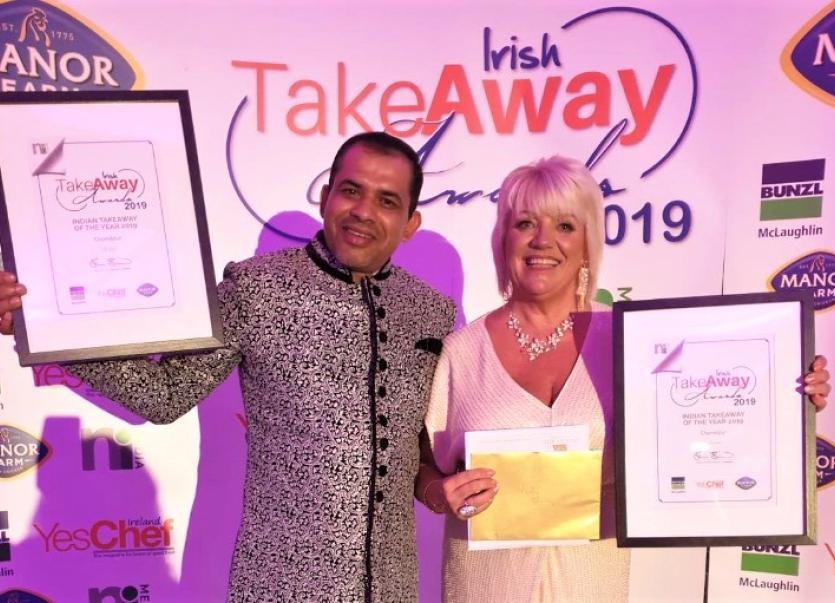 The multi-award-winning Chandpur Indian Restaurant in Donegal town has done it again when it scooped two top national awards in Athlone this week.

Over the years Susan and Rana Miah have won practically every award there is to be won and not just in the Asian cuisine category.

In the Taste of Donegal Chandpur have entered ten times and have now won 2 Silver and 9 Gold Medals, an overall runner up and an overall champion with  Rana winning the top award.

This week Susan and Rana attended the YesChef national takeaway awards in the Radisson Blu Hotel in Athlone after being nominated for an award.

Susan said: “We were absolutely overwhelmed - we ended up with the Ulster and the All Ireland awards and I'll have to confess that I personally won the best-dressed recipient. A good hat trick for Donegal," she joked

She added: “What really thrilled us was the fact that it was secret judges who made the decisions and that really gives these awards so much credibility.

“There is a huge trend now in the  “food to go business” -it's not just the late-night fish and chips after the pub, people are ordering full meals. It is a substantial element in our business,

“We could not have achieved any of this without our great team and our customers - they are our most important ingredients.”