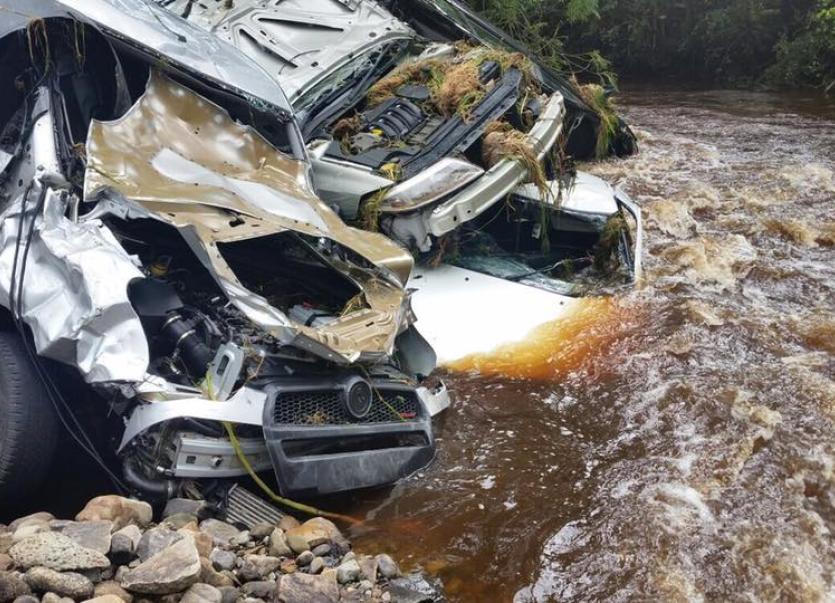 Flood damage in Inishowen in 2017

Donegal County Council will have to find an extra €1.5m a year to fund its work on climate change action.
Councillors have approved the council’s draft Climate Change Adaptation Strategy which was presented at the council’s September meeting.
The plan targets energy efficiency and carbon reduction in four areas: critical infrastructure and buildings, natural and cultural, capital water resources and flood management, and community services.
Council chief executive Seamus Neely said the plan will require an extra 1.5% to 2% output from the council’s workforce to deliver the proposed work on climate change.
He said the council is "absolutely committed" to its climate change strategy but it will require financial assistance from the Government.
"We are going to have to find a way to a way of applying time, attention, resources and input into the climate adaptation and climate action work, along the lines of adding 1.5% to 2% of impact as against our current workforce overall,” he said. The comments followed a motion from Cllr Jack Murray (SF) calling on the council to commend the strike action of the young people of the county in relation to the climate emergency.
He also called on the county council to resolve to play its part in working towards a cleaner environment.
The issue is the biggest of our time, he said.
The council needs to as a planning authority ensure large factories are energy efficient and also focus on offshore wind energy as opposed to onshore farms which can be controversial, he added.
Cllr Albert Doherty (SF) had expressed concern that there was no mention in the council’s climate plan of the All-Ireland Pollinator Plan, which he had previously called on the council to adopt.
He said he was doubtful that there was coordination across the council regarding the climate strategy.
Mr Neely said the plan has had “the very fullest consideration by all parts of the organisation”.
He said it will have to be revisited “for refining and sharpening” of some of the matters within it.
The council says it is already taken steps to improve its energy efficiency and reduce its carbon emissions, as part of the global fight against climate change.