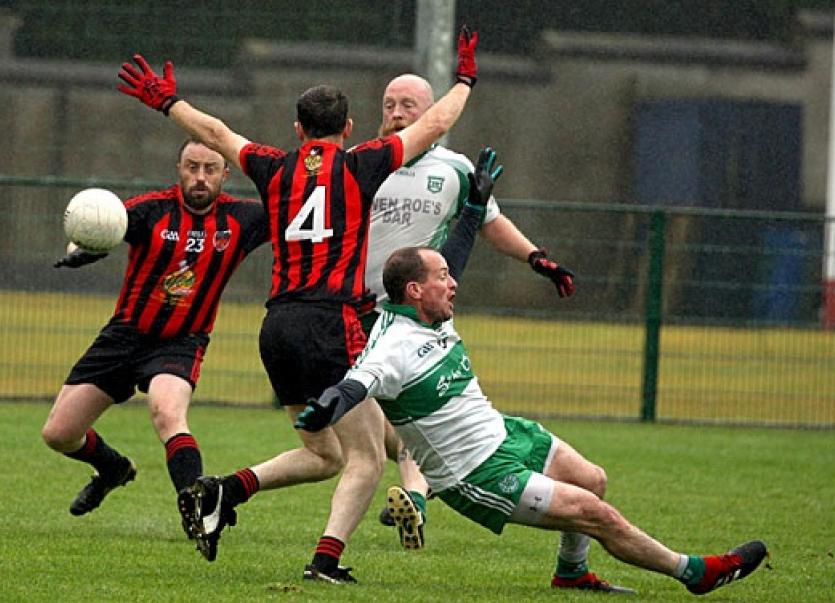 Red Hughs Reserves will contest the Intermediate Reserve final against Cloughaneely after they struck late to defeat Aodh Ruadh at a wet Glenfin.

It was nip and tuck between these sides all through in very difficult conditions. David McGurrin hit two early points for Aodh Ruadh but Aidan Gallen was superb from frees for the winners, levelling matters.

The sides were level a number of times in the second half  before Sticky Ward edged Aodh Ruadh 0-7 to 0-6 ahead with 12 minutes left.

But they would not score again. Red Hughs had a goal disallowed for a square ball but Gallen hit two more great long range frees and Conor Gallagher also chipped in with two second half points.

They put the game to bed in the final minute when Gallen intercepted a kick-out and found the empty net to seal the win.