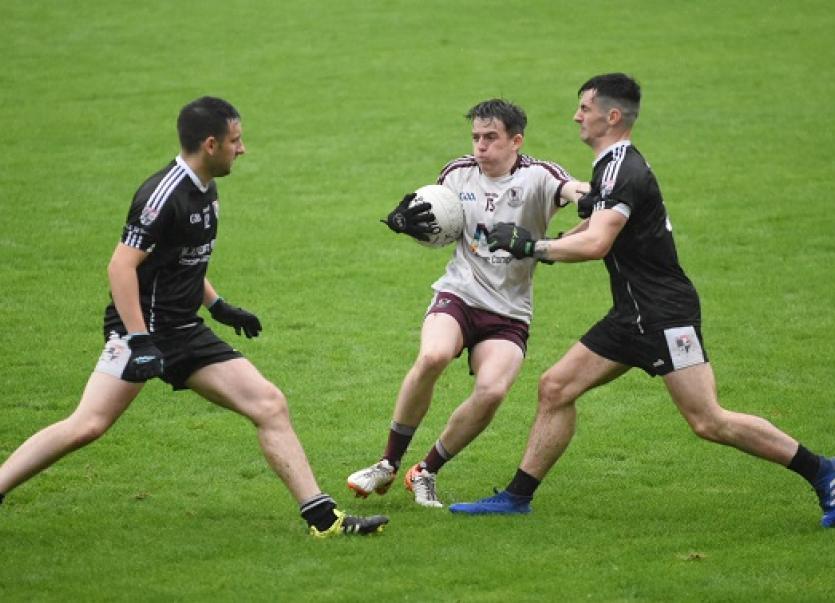 Letterkenny Gaels joined Buncrana in the Donegal Junior A Championship final with a comfortable victory over Na Rossa in the second of this afternoon’s semi-finals in O’Donnell Park.

The winners had seven points to spare at the finish with Conor McBrearty posting 1-7 and Ronan Frain 0-4, Shea and Paddy Doherty posting the other two points.

McBrearty kicked a goal and five points of his tally in the  first half as Letterkenny Gaels took an eight point lead to the dressing rooms at half-time.

The Letterkenny men were much the better side in the opening half. They had four points on the scoreboard by the 12th minute. McBrearty (2), Ronan Frain and Shea Doherty on target.

And with the heavens opening they made light of the greasy conditions to extend their advantage to five points before John Paul McCready converted a close-in free for Na Rossa’s first flag.

That was on 16 minutes and the margin was still five by the 22nd minute when Odhran Gallagher curled over a 40 metre free for Na Rossa.

With the Na Rossa defence tight at the back Sean McBrearty’s men had to wait until the 26th minute for their next score.

McBrearty powered through the middle before drilling  past Declan Bonner, who got a touch, for a 1-6 to 0-2 lead. And McBrearty landed his fifth point from a free on the half-hour mark for a 1-7 to 0-2 half-time lead.

Odhran Molloy kicked two quick points on the resumption but Letterkenny Gaels settled into the task again and as the game fizzled out they outscored the men from the Rosses by six points to four in the closing minutes.