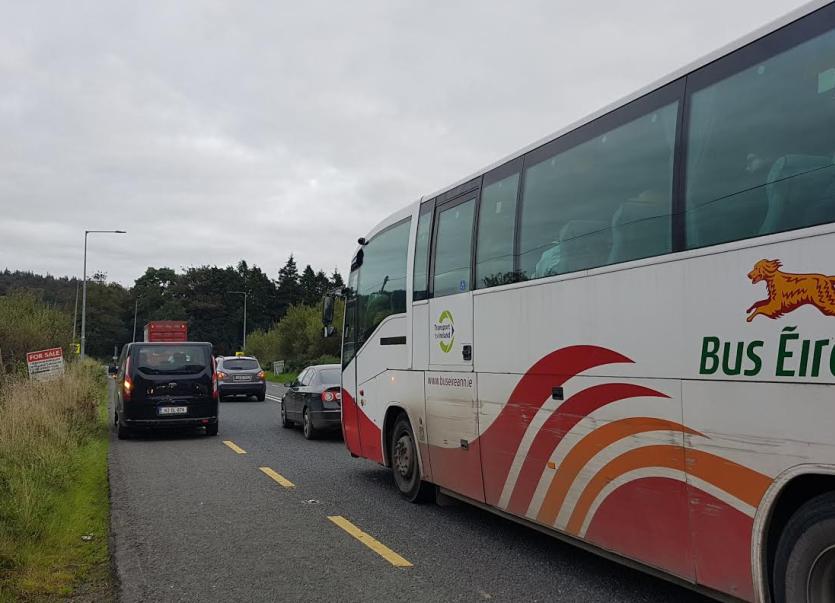 Drivers are racing up to a hard shoulder in order to beat infamous traffic jams at a notorious junction coming into the Twin Towns.
A county councillor has spoken out about what he called smart-alec drivers using the hard shoulder at Kilross, outside Stranorlar, to skip long queues and causing mayhem on one of the busiest road junctions in Donegal.
Cllr Patrick McGowan raised his concerns at a meeting of the Lifford-Stranorlar Municipal District.
He said he had been approached by many drivers concerned at the dangerous practice.
The N13 National Primary Road comes out of Stranorlar going to Letterkenny but meets the R236, a regional road which travels on to Convoy and Raphoe. It is at this T-junction where the problem lies.
“We’ve put up traffic lights at McClay's Corner in Stranorlar to try to manage the cars, especially those coming in from the Letterkenny Road because of the queues that were developing and the danger of bringing the two towns to a standstill,” Cllr McGowan said.

Something needs to be done

“It’s very simple, something needs to be done at Kilross. It's not a matter of changing the priority of the road, that was something that should have been done many years ago.
“Our problem lies in the fact you have up to 30 cars waiting to go to the Twin Towns when some drivers who are trying to skip the queue come up on the inside of the hard shoulder, turn down the Convoy Road, do a U-turn then come back up the road to go to Stranorlar.

"They have effectively jumped the queue and and it’s very, very frustrating. I've seen it done many times.”
Cllr McGowan added the council should put something there to close the hard shoulder until the final few metres so that all motorists would stay in their proper lane.
When the junction was close they could then be given the option to move to the slip lane that wold allow them to go to Convoy if they so wished.
“The gateways and laneways of a lot of the property owners down that road to Convoy are being used for turning bays for these smart alecs jumping the queues. This is not fair and is costing these people money to repair.

“This is damaging their property and causing a dangerous situation. This road is too important for stunts like this. It's only a matter of time before a major crash happens. I think we should take action on it as soon as possible,” he said.
His suggestion received the support of his fellow councillors.