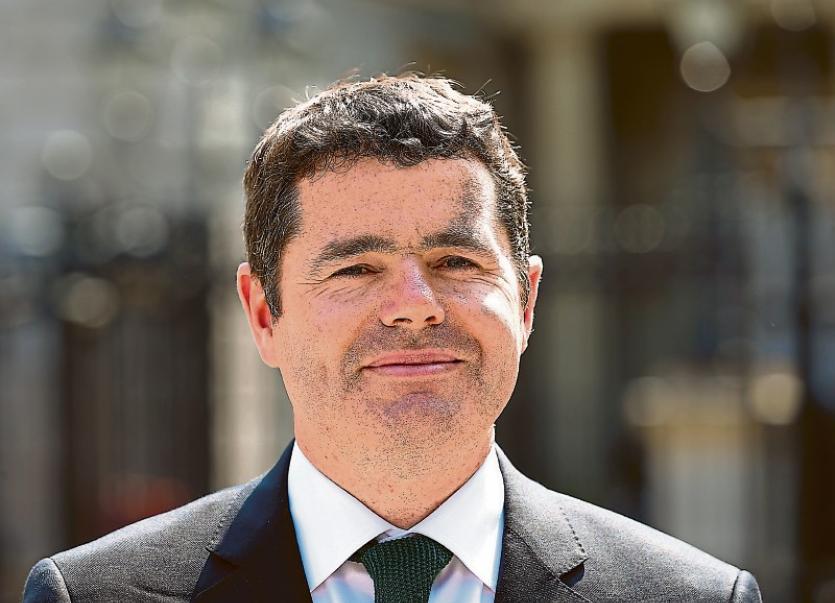 The UK leaving the EU without a deal has dominated Budget 2020 with Minister for Finance Paschal Donohoe pledging €1.2b to mitigate the impact of Brexit.
The budget was delivered amid increasing concerns that attempts to find a deal between the EU and the UK are floundering.
Other highlights include the extension of free GP to cover children under the age of eight, free dental care for children under 6 and the recruitment of an extra 700 gardaí.
Excise on a pack of 20 cigarettes has increased by 50 cents, bringing the price up to €13.50.
The carbon tax has increased by €6 per tonne which is to apply to car fuels from midnight but not to other fuels until next May.
Over 150 new teaching posts will be created and special education will receive an investment of €1.9b. One million additional home care hours are to be provided.
The budget had been cast beforehand as a Brexit budget and Mr Donohoe said the decisions made had been influenced by the increasing risk of a no-deal Brexit.
Delivering the budget yesterday the finance minister said: “Brexit is the most pressing and immediate risk to our economy.”
No-deal Brexit will be very challenging but it is a challenge that Ireland “has the measure of,” he said.
The budget delivered funding to help mitigate the impact of Brexit on the farming and tourism industries.
The extra funding will include spending of €200m next year across departments and agencies to ensure the country is ready for Brexit.
An increase in funding for tourism will include extra money for regions most affected by a no-deal Brexit and the increased promotion of Irish tourism in the UK and other markets.
Attracting access to regional airports and support for tourism enterprises from Fáilte Ireland will also be catered for.
There will be €14m for the fishing industry, beef farmers will receive €85million in assistance and €5m has been allocated for the food and drinks industry in the event of a no-deal Brexit.
The Brexit funding includes a €390m contingency in the case of no-deal, €365m of extra social protection expenditure and €45m to assist people who lose their employment to transition to new work. Mr Donohoe said he believed the supports would be sufficient but if required, the Government is prepared to do more.