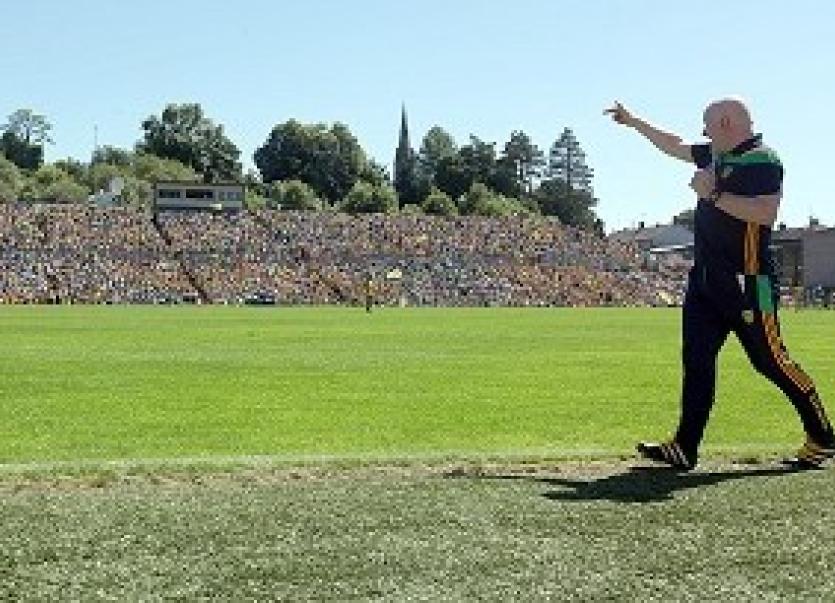 Declan Bonner on the line in Clones

Donegal will begin the defence of their Ulster championship crown with a mouthwatering home tie against neighbours and arch rivals Tyrone in MacCumhaill Park, Ballybofey.

The tie is a repeat of last summer’s Ulster semi-final won by Donegal in Breffni Park, Cavan, on their way to a tenth Ulster title and fifth in a golden period of nine seasons.

“It is a good draw and certainly focuses the mind,” said Donegal manager, Declan Bonner.

“I know a lot of water will have to be crossed beforehand but it does give us something to focus on. It means we have to be ready to hit the ground running from day one,” added the back-to-back Ulster title winning manager.

“You have Kerry in Munster and Dublin in Leinster, they can ease their way into their respective championships. But for us it is a case of being at peak fitness for the first game and it will be a similar story for Tyrone.

“But that is the Ulster championship and that is the challenge it throws up and it  is just a matter of preparing well and being ready for the middle of May.

“Really what the draw does  is focus the mind again for next season.”

It will be the sixth championship meeting in-a-row with the record standing at  3-2 in favour of the Red Hands.

The most recent of those meetings was last summer’s Ulster semi-final in Kingspan Breffni Park. Donegal won that game 1-16 to 0-15.

Tyrone claimed the spoils the year before in a quarter-final qualifier in Ballybofey with the Red Hands winning on a 2-17 to 1-13 scoreline.

Donegal are chasing a third Ulster championship in-a-row next season.

But now that  he knows the championship opponents he can begin plotting and planning for next season in earnest.

“We will never find until we will be getting back into training and preparing for the new season.

“The lads not involved in the club championship are working away on their own fitness programmes. We will be back in full training at the beginning of December but once November comes you start planning for the Dr McKenna Cup.

“After that you are into the national league and before you know it, the championship is upon us again.”

The dates and times for the Ulster championship have yet to be confirmed but Donegal v Tyrone is the first of the quarter-finals and will be played in early to mid-May.

If Donegal prevail against Tyrone, they will meet Derry or Armagh in the semi-final. If it were to be Derry, then it would see Declan Bonner renew rivalry with Rory Gallagher as the Belleek native is now manager of Derry.

The full Ulster Championship draw is: