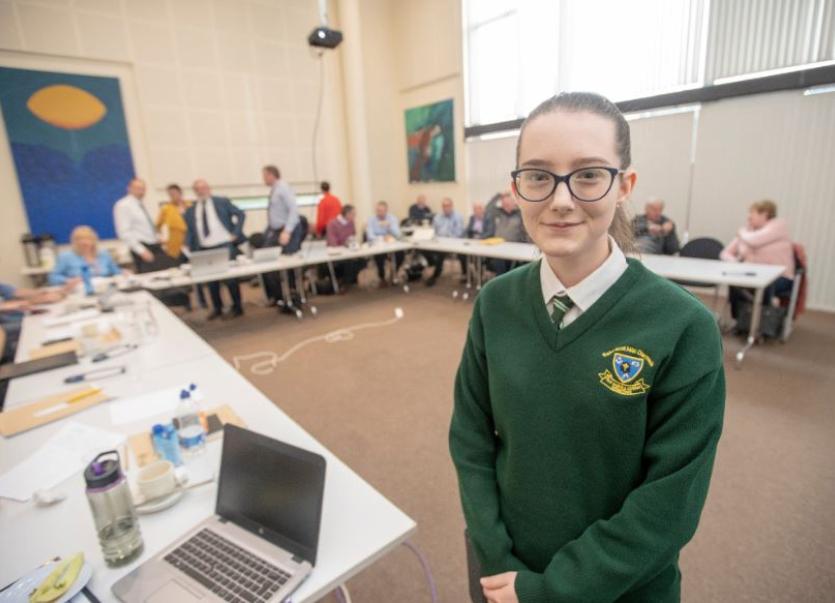 Clara Ferry, a 5th year student from Gairmscoil Mhic Diarmada, Arainn Mhor, is the winning student on week 11 of the Graduate.ie weekly programme.

Graduate.ie has been in operation since 2001 and is a Government, Local Government and EU Funded Citizenship & Democracy Programme for Young People aged 12 to 18 years who are attending second level schools, Youthreach Centres or Youth Clubs.

It is a free online competition and students can register online to participate at any time during the academic year.  Each week a new set of questions relating to a diverse range of areas, including the environment, politics, Irish language, music, sport and so on becomes available on the website and a computer randomly selects the winner each week.

As part of her prize, Clara will be travelling to Brussels, Luxembourg and Strasbourg in December 2019 on a free 4-day educational trip with 24 other students from Ireland and will be accompanied by 3 supervising teachers during their 4-day trip.

They will spend one day at the European Parliament where they will take part in a youth parliament (Euroscola) with students from other member states.

“I would like to congratulate Clara on winning this prize and I believe that this is a great initiative that allows young people from all over Europe a chance to see first-hand the workings of the European Parliament and to engage with their peers from different countries and cultures, sharing their own experiences and insights.  I wish Clara every success during her visit in December and I hope it contributes in a positive way towards her future studies.”