PAT'S PATCH: A word of advice for Eamon Ryan

Is the Green Party leader just following in a long line of Dublin centric political leaders? 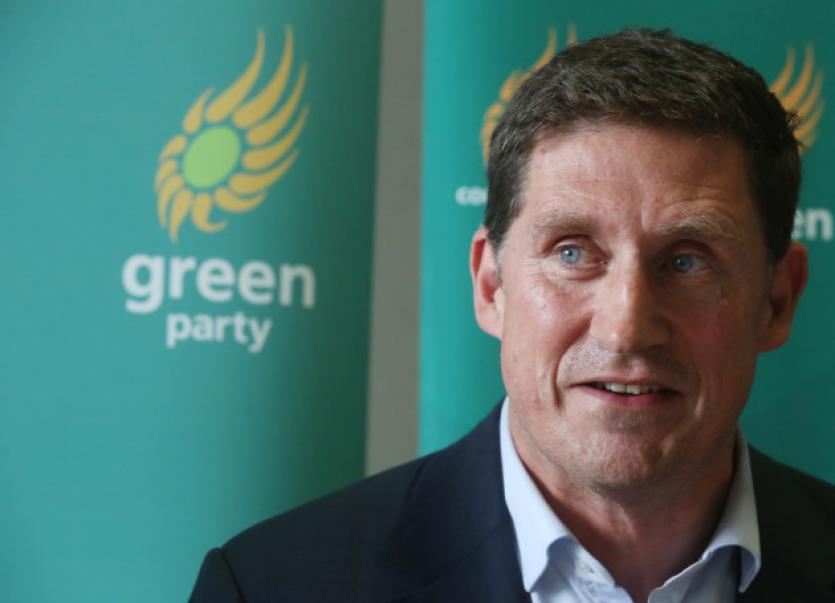 In the long years I have been writing this column the one thing I have been consistent in publicising is the fact that there are two Irelands on this island – and I’m not talking about the North and the South. No,no.
In our little Republic there are the big urban areas – Dublin, Cork, Limerick, Galway – which get all the services, infrastructure and investment, and then there is us in what they call rural Ireland where we get bugger all in terms of services, infrastructure and investment.
And what really pisses us all off out here out in the sticks is that there seems to be great ignorance at official level that this is so.
I don’t know if you came across it but Green Party leader, Eamon Ryan came out with a classic last week. He suggested people in rural Ireland should car pool to reduce car usage, saying that a village of 300 people could operate on 30 cars with a car pooling scheme. Good merciful . . . .
Just think about that for a second and you’ll instantly understand that this is a person who knows zilch about living outside the big cities. So let me spell it out for a man who lives in the leafy suburbs of Dundrum.
Here in Donegal, Eamon, we don’t have a proper public bus service; CIE don’t do domestic runs in the county.
There is no rail or Luas service.
This is a huge county with most of the public services located in and around Letterkenny so if, for example, you live in Malin Head and have an appointment in Letterkenny University Hospital at 9am on a Monday morning there isn’t a hope in hell of getting there by any means other than private transport.
And if you have a job in one of the big computer companies now operating in our biggest town and live in Ballybofey or Carrigart or Buncrana, the option of hopping on the DART isn’t an option. Get it Eamon?
Only a moron (think Donald Trump) ignores the clamouring voices about the need to protect our environment - and we all have a role to play in doing what we can - but there is also the reality that people can’t be out walking for miles on a winter’s morning to get to the local schools, factory or whatever.
If we want to change things let’s get real.

Conversation
I recall years back having a conversation in Spain with a German lady who was a frequent visitor to Ireland. She was adamant that she could solve many of our environmental problems while saving us money.
Intrigued I asked her ‘what’s your suggestion?’ She answered that question like this: “Simple. A proper integrated public transport policy for the whole country. Every time I go to Ireland I see the public roads clogged up with lorries.
‘Everything in Ireland seems to be transported by roads – groceries, alcohol, agri foods, animals. I also see thousands of cars with just a single person, the driver.
‘Look at the millions spent every year on road maintenance. Look at the environmental impact of all those vehicles spewing out fumes.
‘Europe is going to fine Ireland millions for its contravention of agreed pollution limits. An integrated rail network might cost a lot of money at the outset but it would pay for itself big time in the long term.’
Back to Eamon Ryan – he is now trying to wriggle out of what he said by suggesting it was not what he meant. In a report in the Irish Independent on Saturday he said he regretted suggesting the scheme and said he has faced a lot of backlash.
“I regret completely in terms of, because it’s taken off like a mad thing, maybe I should shut up and never say anything, but I still do believe that the people in rural Ireland and urban Ireland might benefit from these new solutions,” he said.
The problem is the Green Party leader wasn’t offering solutions. There was no suggestion of a plan here, no details of investment in alternatives. It was patronising guff that was not thought through.
Ryan is, of course, just following in a long line of Dublin centric political leaders who don’t have a clue about life outside the pale.
Shane Ross’s attitude during the drink-driving limit debate last year was beyond patronising, almost as if people in rural Ireland should lock themselves behind their doors in terms of going out socialising.

I met the Cathaoirleach of Donegal Co. Council, Nicholas Crossan, the other day and I came away with the impression that there’s a man with a positive attitude.
After years of hearing tales of the poor mouth pleas from leaders in our wee humble county to those in the corridor of power, Nicholas is going for a very different approach. He told me that he believes Donegal is an ‘easy sell’ to those at the top table in politics and industry, and the cap in hand style is not going to be his modus operandi. No way.
He summed it up like this: “We have a good news story to sell and I think we shouldn’t be shy about it. Look at what we can offer - proper hi-speed broadband, cheap housing, we have great schools, there’s rivers, lakes and mountains everywhere you look, and a quality of life package to offer that’s unmatched anywhere in the country.
“People struggling to make ends meet – young doctors, nurses, school teachers – in Dublin and along the east coast could live like lords here.Everywhere I go my message is the same: come to Donegal and you won’t want to leave.”
And so say all of us!