Frank Galligan takes a trip back in time with An Liag 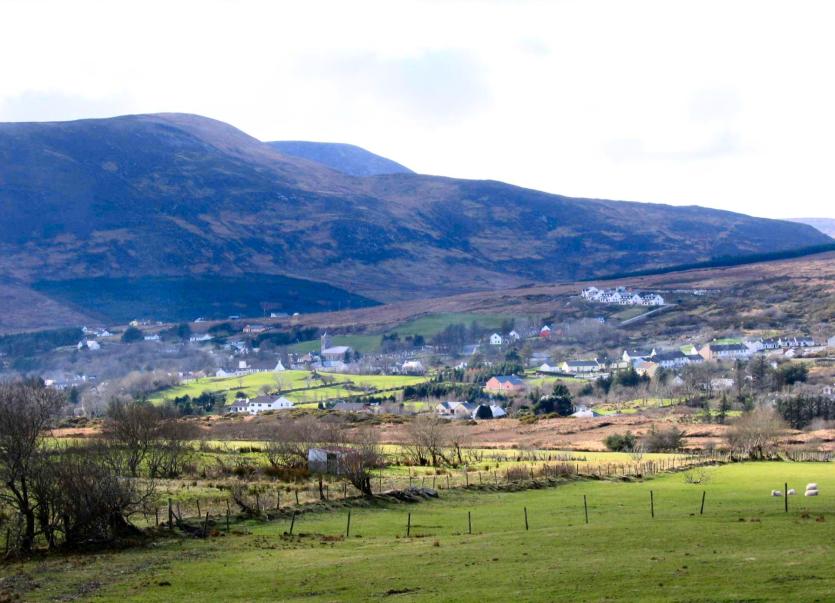 An Liag was always required reading in and around Carrick

From the mid-70’s onwards, there were two outlets of required reading in Carrick and surrounding areas . . . the Donegal Democrat and An Liag.

I was so delighted to see that James Byrne of Carrick Online has not only got his hands on a number of copies and has put them on the website but is actively looking for more that may be gathering dust somewhere.

The first edition in May 1976 cost 10p and I began writing this last Sunday week  while listening to the Kilcar v Gaoth Dobhair game.

Colleen Enright was the first editor and in that issue, in the sports section, a report from a Gaeltacht tournament game between Glen and Kilcar informs us that “The game was keenly contested with the play bordering on the robust - especially at midfield. Some of the supporters interrupted play at times.”

Beside the report is a drawing of a man on crutches and swathed in bandages!

Nearby, readers are reminded that ‘Karate class continues in the old school every Monday and Wednesday night’. The July 30, 1977 edition of An Liag which reported on some good news for the Carrick Sportsground project

That humorous take on sport and indeed, local news, made An Liag a must-read back in the day. By the way, Glen won by 3 points and Finian Ward was ‘man of the match’.

Under the heading “Special  Assignment!” there is a hilarious piece about Donegal County Council Special Demolition Expert Agent 707 John Haughey as he picked up by “Special Constable Galligan” in his Morris Minor and heading ‘tight-lipped’ to Malinbeg, with “their noses covered with special odour-prevention masks...handkerchiefs!” where a dead cow lay out in the water at low tide and was stinking up the country. (If explosives were being used, my father was the ‘agent’ tasked with ensuring everything went by the book.)

In any event, An Liag reports that sticking explosives in a cow’s stomach was no bother to Haughey, having demolished a dead whale of late.

The lads rowed out to the cow, set the fuse wire and hastily returned. “Minute particles of bovine material floated earthwards as the agents rowed back to shore. There was a barbecue in Port a Chabhlaigh that night!”

In the July edition, the magazine hits paydirt with an exclusive which was the talk of the parish.

“There was a stir in Carrick on Thursday morning as Sergeant O’Donnell and Garda Joe Bradley arrested a man at the youth hostel. The arrested man turned out to be a deserter from the British Army in Northern Ireland who earlier in the week is alleged to have beaten up a man in Belfast and stolen his car.

“Earlier a companion soldier had been arrested in Letterkenny and had been returned to the north. The man arrested in Carrick was taken to Ballyshannon and having gone through the court was handed over to the RUC.

“He arrived in Carrick on Wednesday night with a group of hostellers who had picked him up on the road from Donegal.”

I remember that well and particularly Finbar Boyle’s take on the matter. Finbar was a great character who missed nothing and that night in Benny McNelis’s pub, his contribution to the gossip was: “Arrah, did you not see the big red Gran Torino outside the barracks? Frank and Joe are taking this Starsky and Hutch stuff very seriously!”

In the same edition, we are told of a court case where the guard informed the judge that the defendant was being charged with bigamy, as he had been married three times. “Don’t be absurd, Guard,” said the judge, “that’s trigonometry!”

By the time of Issue 10 in November 1976, the editor is Brian McAuley, a great teacher in ‘The Tech’ and equally a superb community leader and motivator, particularly with Macra na Tuaithe.

There’s a very funny feature in this edition called ‘On Safari’ with Christy Gillespie of Meenavean and his ‘Elephant Gun’ hunting the dreaded mink “designed to terrorise every chicken between  Glenlough and Ummerawirrian.”

As it turns out, it’s his fellow safari hunter, Sean Dorrian, who dispatches it with a pitchfork and the report ends with “They say there will be very fancy fur coats worn up in the Meenavean direction this Christmas.”

In the July 1979 edition, I noted “Congratulations to local author Frank Galligan who achieved a major award recently when he took first prize in the ballad-writing section at the Listowel Writers Festival.

“Frank wrote a ballad on Mick Doherty, the musician, and he also composed his own tune for the ballad. He also won a prize in the poetry section of the competition. Frank was mentioned as the most promising newcomer at the Festival last year.”

My memory is being back in Benny McNelis’s bar and a buck with a few whiskies in him congratulating me: “I see you’re doing well at the oul ‘poultry’, Galligan!” “Yes” I responded, “but it’s free verse, not free range!”

Among the many stars at the Carrick Carnival were Pluto, The Playboys, and Toejam from Derry. Little did I think that 20 years later, I would work alongside their great lead guitarist, Colum Arbuckle, my producer in BBC Radio Foyle, and bass player, Gerry Anderson, the greatest broadcaster I have ever met.

In the August/September edition, there is the very sad news that Enda and Vera Cunningham are leaving Carrick and the only chemist shop in the two parishes  will close. Enda went on to run the very prestigious Cathach Books in Dublin.

By April 1981, Brendan Boyle, also a popular teacher in the Tech, is Editor, and he reports that the remains of a large bird have been found in Meehan’s bog in Creenveen and have been sent to The National Museum in Dublin.

Local wags reckon that Christy ‘John Shile’ Gillespie won a rake of turkeys at cards, buried one for safekeeping in the bog and forgot it!

Fair play to Colm O’Riordan of the Museum who wrote back saying the remains were of the largest gull in Europe, the black-backed gull, ‘Larus Marinus’.  All of Christy’s turkeys were  accounted for!

Well done to James Byrne for resurrecting these gems. I can’t wait for more.