Much talent on show from talented and dedicated students 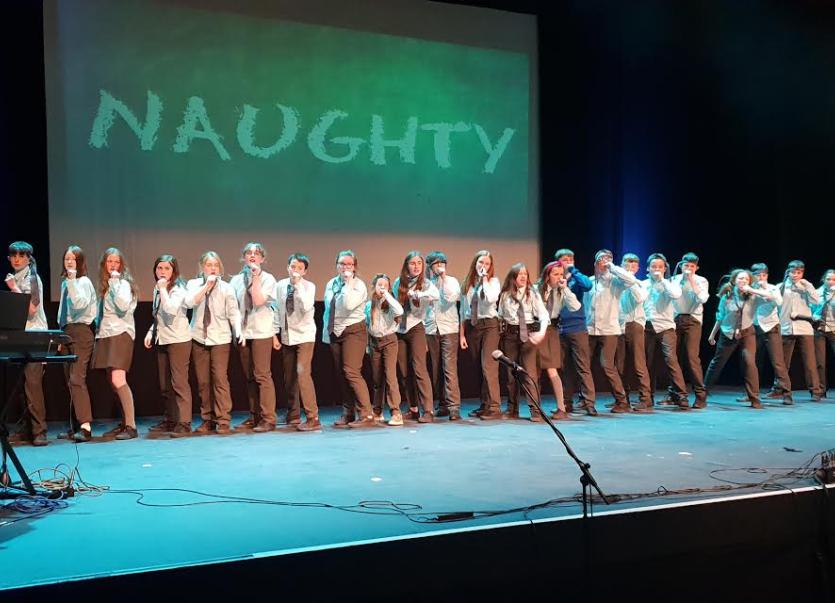 Almost 200 students performed alongside some of the teachers at Coláiste Ailigh's 20th anniversary celebration show in Letterkenny on Thursday evening. Highlights included a medley from Matilda the Musical, scripts written by the students themselves, beautiful solo and group music and vocal performances and all genres of dance.

Grúpa Ceoi performing at the show

A scene from Cinderella performed for the anniversary show A scene from Hamlet performed at the 20th anniversary show

The principal, Mícheál Ó Giobúin, and all of the staff at Coláiste Ailigh are incredibly proud of the talented and dedicated students.