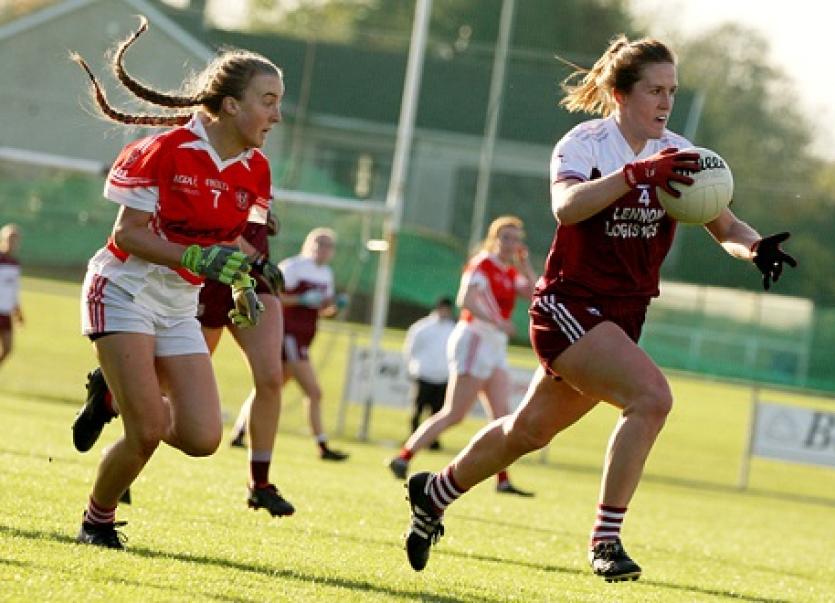 It was Ulster final heartbreak for Donegal champions Termon in this afternoon’s Ulster final showdown with Donaghmoyne in Killyclogher.

It took a late surge to see Donaghmoyne clinch a 12th Ulster senior championship title against a gallant Termon, who played the last ten minutes down to 14 players.
Corner-forward Shannon McLaughlin was sin binned for a late challenge on Cora Courtney with less than ten minutes on the clock.
Termon led by a point at the time after coming from three points down at half-time.
But with the advantage of the extra player at the end of an energy-sapping contest the Monaghan champions hit three injury-time points to clinch the win against a Termon side who went down with their boots on.
The Donegal champions were slow out of the blocks and by the time Geraldine McLaughlin kicked Termon’s opener the Monaghan champions had four points on the board.
Eimear Traynor, Cathriona McConnell, Louise Kerley and Laura Garland posted the points for a rampant Donaghmoyne.
Termon were really under the cosh in those opening ten minutes and were restricted to a couple of unfruitful forays into the Donaghmoyne half.
But the game changed from the moment McLaughlin got the scoreboard ticking. Termon were a transformed side. Nicole McLaughlin and Bridget Gallagher grew in stature and scoring sensation McLaughlin supplied the finish as she stroked over three more unanswered points to tie up the game at 0-4 each by the 19 minute mark.
And McLaughlin, who was being marked by Monaghan All-Star Sharon Courtney, added two more points in the third quarter for Termon to lead 0-6 to 0-5 with time almost up at the end of the first half.
But a late Louise Kerley point and a flicked goal from Cora Courtney saw the Monaghan champions lead by three at the break.
Cathriona McConnell and Geradine McLaughlin traded points on the resumption
Lucy O’Flynn scrambled a Termon goal shortly after and with Termon back in the game McLaughlin landed another point to tie up the game at 1-8 each.
And the Donegal champions were ahead when McLaughlin struck her ninth point with eight minutes of normal time remaining.
But the game turned shortly after with the sin binning of Shannon McLaughlin.
In truth this game could have gone either way. Donaghmoyne’s Cora Courtney was named player of the match afterwards. But with 0-9 to her name Geraldine McLaughlin was also in the running and if Termon had been victors she would have possibly picked up the award.
However she would have had stiff competition from her sister Nicole and Bridget Gallagher, who also turned in big performances.