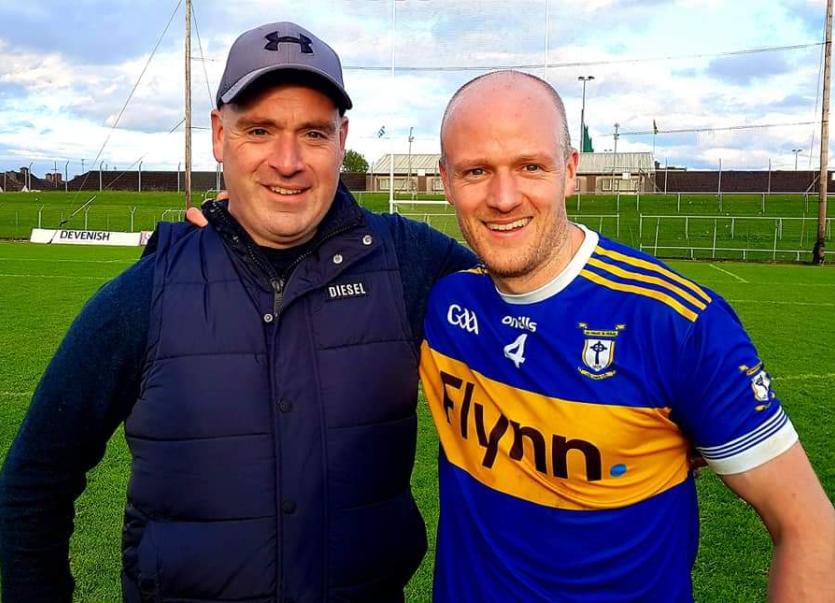 While most of Gaoth Dobhair's GAA focus was on MacCumhaill Park on Sunday with the aim of retaining the Dr Maguire Cup, a former clubman was lifting the Keegan Cup in Pairc Tailteann in Navan as captain of the winning Ratoath team.
Ciaran O Fearraigh, a brother of former county secretary, Aodh Mairtin, captained Ratoath to a first ever Meath senior title with a 3-15 to 2-13 final victory over Summerhill.

Ciaran played for many years as a half-back for Gaoth Dobhair joining the Meath club three years ago. He is heavily involved in the club, being part of the U-21 management.
The five-point winning margin was kind on Summerhill who were adrift by 10 points as the clock ticked into added time - Ratoath were guilty of complacency in the four minutes extra that were required.
There was never any danger that Ratoath would lose at that stage, but Summerhill deserve credit for their attitude as they sought to get back into contention and avoid losing three in-a-row after defeats by Dunboyne in 2018 and Simonstown in 2017.
Gaoth Dobhair will be hoping that is not an omen for their replay on Wednesday night as Naomh Conaill are in a similar boat.
Ratoath were always in control and led at half-time by 3-7 to 1-6.
Central to the dominance was the contribution of Joey and Eamon Wallace who tormented the Summerhill rearguard. Joey (three) and Eamon (one) added points from play with Bryan McMahon (two) and Conor Rooney also sending over.
However, it wasn't the points that did the most damage as further goals from Rooney and Daithi McGowan were the crucial scores.
O Fearraigh was black carded with 18 minutes left but it mattered little.
Scorers - Ratoath: Eamon Wallace 1-3; Conor Rooney 1-2; Daithi McGowan 1-2; Bryan McMahon 0-5 three frees; Joey Wallace 0-3.
Summerhill: Barry Dardis 0-7 six frees; Kevin Ryan 1-1; Ross Ryan 1-0; Diarmuid McCabe 0-1; Liam Shaw 0-1; Sean Dalton 0-1; Padhraig Geraghty 0-1; David Larkin 0-1.
Ratoath will now play Garrycastle of Westmeath in the Leinster Club Senior Championship.
There is another Donegal connection to the Ratoath club as Ballyshannon native Hugh Daly is a former chairman of the Meath club.