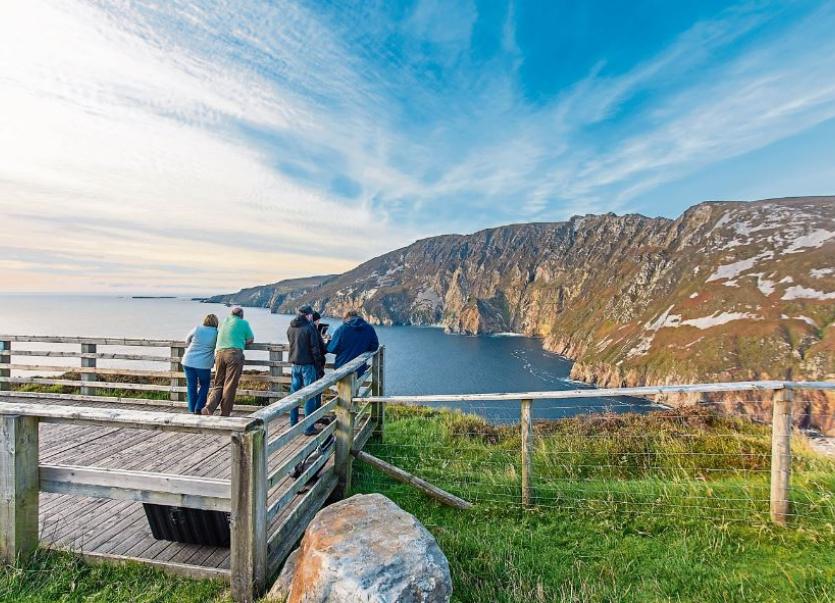 The success or otherwise of a planning application for a €7m project along the Wild Atlantic Way in Cork will be watched closely by those planning or thinking about similar major tourism projects elsewhere along the route, and in particular in Donegal.

The €7m Dursey Island project in Cork has been described by objectors as "undermining" the quality and experience of Ireland’s wild coastal landscape.

An Taisce, Birdwatch Ireland, and Friends of the Irish Environment have all submitted extensive objections to the application by Cork County Council in partnership with Fáilte Ireland to An Bord Pleanala for a €7m development on Dursey Island off the west Cork coast.

The current 6-person cable car is to be replaced by a state-of-the-art two-way cable car system capable of carrying up to 300 people each way every hour. The project includes an extensive Visitor Centre with restaurant and gift shop on the mainland.

A section of the submission by An Taisce could have a resonance with any similar project that might be planned for Donegal: "The inappropriate promotion of the Wild Atlantic Way as a private car route is undermining the quality and experience of the wild coastal landscape that it is seeking to promote and is creating congestion points. Projects seeking to attract larger visitor numbers, and consequently causing traffic generation and physical impacts, should not be located in areas of ecological or landscape sensitivity and which do not have the carrying capacity for the impact and service demand generated."

Specifically, An Taisce drew attention to "the ecological sensitivity of Dursey as well as the narrow local road link from the national and regional road network which renders it unsuitable for a proposal of this scale. Promoting the large-scale expansion of volume-based day trip tourism to Dursey is undesirable on multiple grounds."

It added: "The model for the future of tourism investment in West Cork should be non-car-based and promote longer stays accommodated in locations to a level commensurate with the capacity of the host environment rather than the high volume car or bus based day trip model upon which the subject project is based."

The decision from An Bord Pleanala is expected on 9 March, 2020.