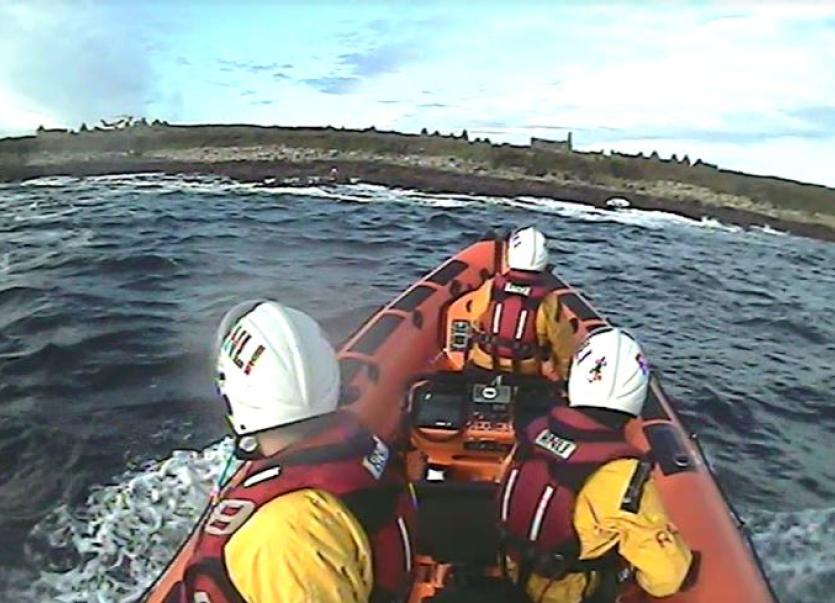 The volunteer crew of the Bundoran RNLI Lifeboat were also tasked to the scene. The crew was alerted to the situation by Malin Head Coast Guard who had received a distress call around 1:20pm. The Bundoran Lifeboat was in the water within three minutes as the crew was still on station following their regular Sunday morning exercise.

Reaching the scene just after 1:45pm, the volunteer crew found that four people who had been on board the 16 foot vessel had been washed onto rocks on Inishmurray Island. The Sligo based Rescue 118 helicopter had also been tasked and spotted the casualties on the rocks. The helicopter then landed and airlifted the four casualties to Sligo.

Attempts were made by the lifeboat to recover the boat from the rocks. However, due to a three metre swell and the best attempts by the volunteer crew, a decision was taken to leave the casualty vessel in situ.

On the crew’s return to the station, volunteer helm Rory O’Connor said: “The four casualties were lucky on this occasion and we are thankful that they alerted the Coast Guard when they did. This was another callout with a good outcome.”