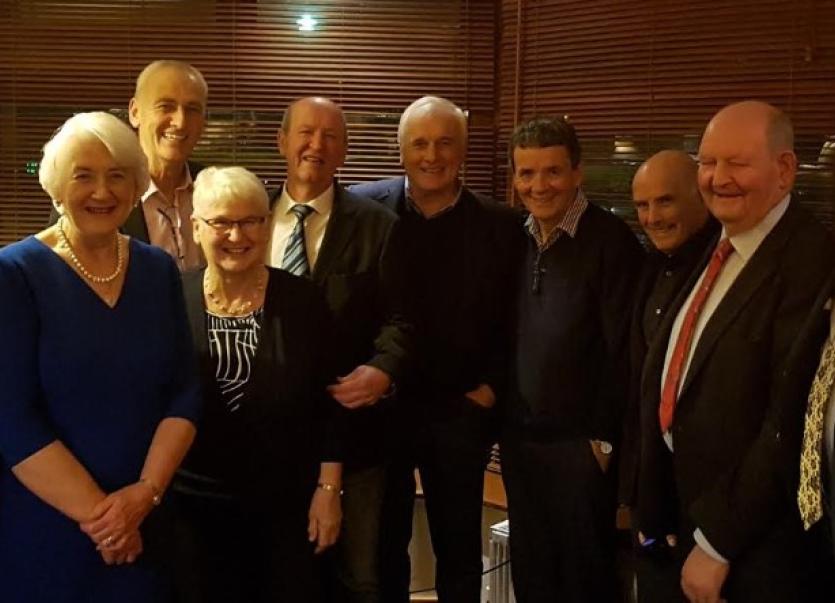 Adrian Leddy, right with friends from Donegal at the function

The imposing, uninhibited and redoubtable figure that is Adrian Leddy has finally called it a day from the world of agriculture.

He was not only Donegal's first ever Irish Farmers’ Association (IFA) regional development officer, but a man who had a massive influence on the growth of the organisation here and further afield.

Following a 45-year career with the IFA and five before that with farmers insurance company, FBD, he has decided to retire.

The esteem and respect in which he was held was evident at a special function held in his honour last Saturday night in Hannon's Hotel, Roscommon, where the good and the great from Irish agriculture gathered to pay tribute.

Mr Leddy, who originally hails from Annaduff, Co. Leitrim, was based in Raphoe between 1975 and 1988 and covered the highways and byways of the county as he strove to establish the IFA and fight for the development of the industry here during that time.

He is the outgoing regional executive officer for: Roscommon; Longford; Leitrim and Sligo.

The event saw representatives from the four provinces, almost every county in Ireland as well as politicians, former IFA presidents, chairmen and committee representative gather to recall and praise his huge contribution. Geraldine Quinn, Kate Chance, Michael Chance and Seamus Quinnm all from Donegal at the function

Speaker after speaker talked about his family's history in farming, how his father Hugh was one of the pioneers that set up the organisation, how he had fought hard down the years for all farmers, no matter how big or small, to ensure they received fair play from not only the government but from the major players inside and outside the industry.

MC for the occasion and IFA regional development officer for Galway and Mayo, Roy O'Brien, said Mr Leddy had determination and heart and in his views and always looked to the common good for the farmer.

He said he could talk for hours about the number of meetings and amount of protests that they and attended but it was his strong personal approach that made him so many friends and allies over his 45 year career in the IFA.

He praised Mr Leddy's people skills whether they came out on a social, farming or general family situation adding he didn't know anyone within the IFA or any other walk of life that could match them.

Speakers from all counties within his remit as well as outgoing IFA president, Joe Healy, paid glowing tributes to Mr Leddy, his family and his ability to get the job done, no matter how challenging the issue.

Roscommon IFA county executive chairman, Jim O'Connor, summed up the feelings on the night when he spoke.

“There is nobody who could have served the people of Roscommon or the other counties with such dedication and professionalism than Adrian,” he said.

He talked about people he supported and helped with great discretion when required in the many functions he carried out.

“Nobody ever knew half of the work Adrian did. He has an intellect second to none and has given total dedication to the IFA and Irish agriculture in general.”

IFA president, Joe Healy, said Mr Leddy's amount of work for individuals and the organisation over the years was second to none.

He had integrity, loyalty and the respect he showed great to people regardless of what type of farmer he was and made sure IFA solved whatever problems they had.

Mr Leddy thanked everyone connected with his career and indeed everyone he had met over the 45 years in IFA who had been a part of his life. He praised the hard work, determination, friendship and loyalty of the members who fought hard to make sure farmers' concerns and needs were prioritised. "I have had close contact over the years with the agricultural sector, the department, FBD, Teagasc, the Co-ops', marts, IFAC, politicians, the local press and the many voluntary IFA stalwarts. I have always enjoyed a great rapport with them and I'm delighted to see so many of them here tonight," he said.

He outlined how he had worked with 13 IFA presidents, 44 county chairmen, five chief executives, six directors of organisation and a vast team of county and branch officers in his time and said he owned them all a great debt of gratitude for the work and leadership they had shown the IFA.

He also made special reference to his successor, John O'Hanlon, and added he was sure his passion and knowledge would stand him in good stead in the future.

Mr Leddy made special reference to John and Kathleen Witherow who were represented there on the night by their two sons, Norman and Cairns.

"John and Kathleen became surrogate parents to me and my wife, Paula when we moved to raphoe. They cared for us like parents until we left Donegal and I owe a great debt of gratitude to them and a lot of people in Donegal," he said.

The evening ended with Mr Leddy paying a special tribute to his wife Paula and their family, Aine and Aoife, Hugh, John, Ruairi and Emmet who he said were "huge support" over the years.

"Paula was left to keep the home fires going while I suppose I gave my life to both the IFA and rugby," he said. 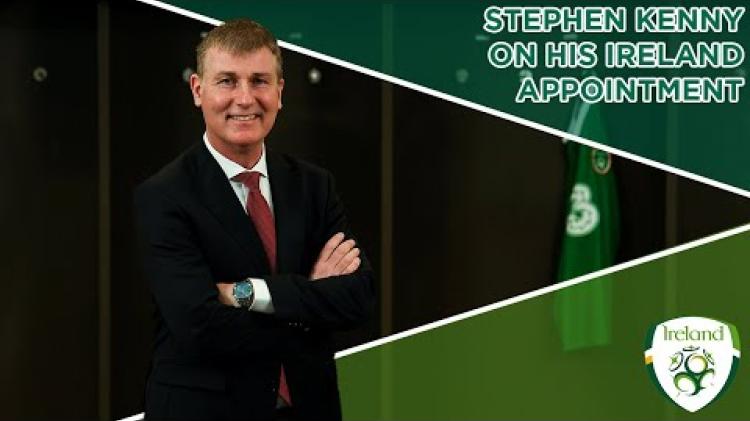 FROM THE ARCHIVES: The 1980 Donegal Senior County Final - a memorable day for Kilcar