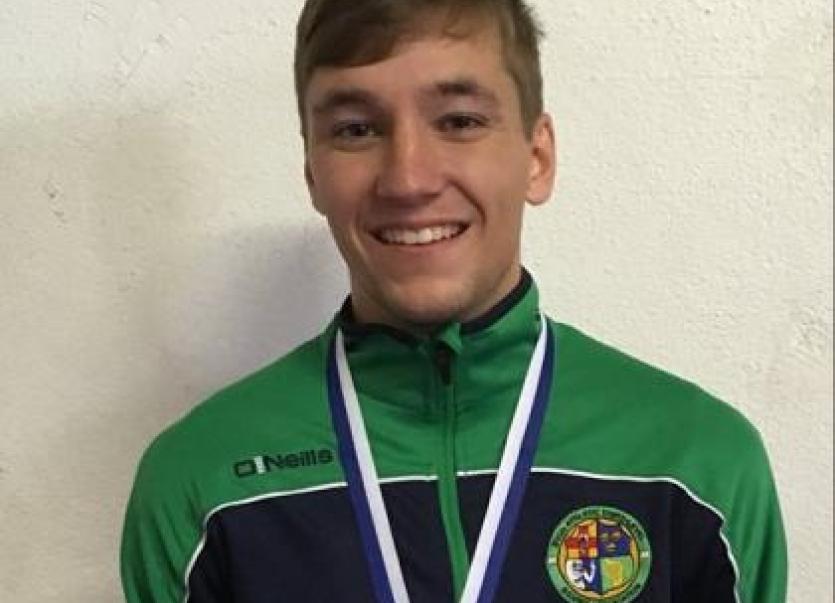 Dungloe boxer Matthew McCole is on cloud nine this morning as he basks in the glory of a first National Senior Boxing Championship title.

The Rosses fighter, boxing in the colours of Illies Golden Gloves Boxing Club in Inishowen, claimed the title  with an impressive final win over Martin Sammon, Olympic Boxing Club, Galway, in the National Stadium in Dublin,

The Dungloe man, from a famous McCole boxing family, was the unanimous 5-0 winner over the Galway man to claim the welter-weight (69 kgs) title.

He is a worthy champion and was named the overall boxer of the championship on the back of his four straight  wins on his road to the title.

He defeated Christian Preston, Docklands, in  the first round; Conor Reneghan, Keady, in the quarter-final and Sean Butler, Riverstown, in the semi-final. He won all three fights on unanimous decisions.

McCole was one of two Donegal winners at the championships. Rose Doherty from Carndonagh, but boxing out of the St Francis Boxing Club in Limerick, was also crowned National Women’s Senior welter-weight champion last night also in the National Stadium.

There was final disappointment for Ilies Golden Gloves boxer Michael McConigley who lost to   Marcin Skalski, Athlone, at 91 kgs. The Illies man lost on a 4-1 decision.