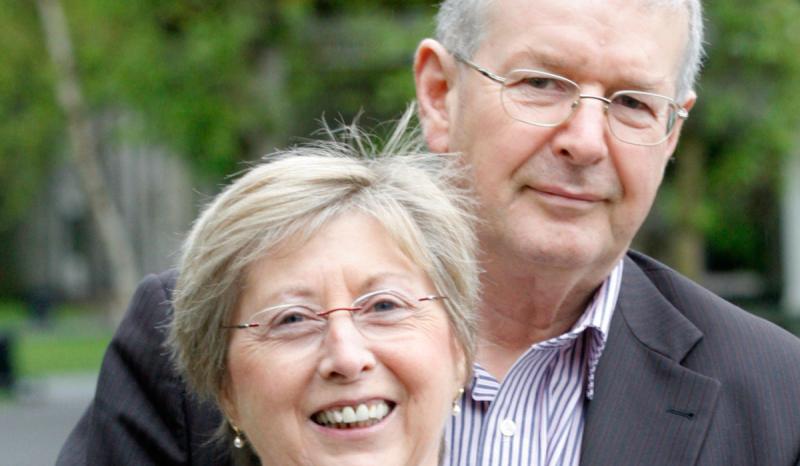 Paddy Clancy, one of Ireland's most respected journalists, will receive one of the most highly regarded awards in Irish journalism on Thursday when he will be presented with a Lifetime Achievement Award from Newsbrands in the Mansion House.

Many know Paddy as the veteran reporter, the man who has worked the wires both at home and abroad or the man with that husky voice who woke many of us up in the morning with “What it said in the Papers”.

Paddy, who lives in Rossnowlagh with his wife Bernie, went on to become one of the best journalists in the Irish media, having started his career with the Sligo Champion before moving to the Donegal People’s Press.

Paddy covered “The Troubles” in Northern Ireland, reporting from Derry during Bloody Sunday in 1972.

He also worked overseas and his coverage from war-ravaged Somalia in 1990 as a freelance journalist for Irish and UK broadsheet newspapers was highly regarded.

Though retired Paddy has never put his pen down and contributes to many of the nationals on a regular basis.

Last week he spoke of his memories of the late Gay Byrne: “He was a few years older than me and he figured I, who had an executive position on a daily paper, would be reluctant to abandon it for a move to the country.”

Paddy said: “I offered a fairly simple explanation for my move. There comes a time for everybody when you feel you want to ease up and do something different. I told him that time had come for me.”

He said Gay Byrne told him he would find plenty to do.  “As Gaybo rightly predicted, I returned to Dublin occasionally to do a part-time stint on Morning Ireland’s ‘It Says In The Papers’, and also got close to enough of the major events of the north-west to continue to earn a living as a semi-retired journalist.”