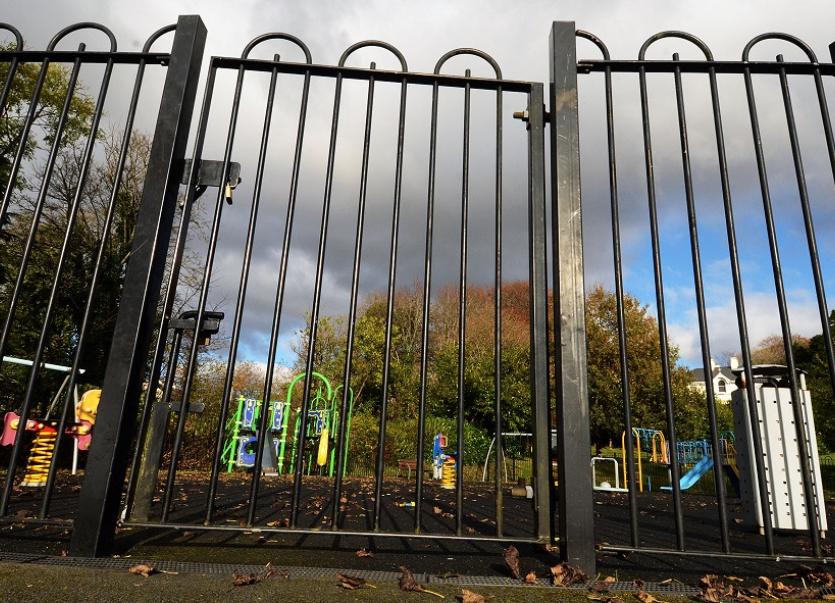 The playground in Glenties has been under threat of closure

Funding has been secured to carry out repairs at the playground in  Glenties.

The allocation follows concerns surrounding the playground and the threat of closure to the facility.

Deputy Pat the Cope Gallagher and Cllr Anthony Molloy have announced funding has been secured to carry out the necessary repairs.

Issues surrounding the insurance costs had become an inhibiting factor to the running of the playground, they said.

The Donegal TD and Cllr Molloy said they had met with the playground committee and discussed the issues with Donegal County Council.

“The funding secured will be used to carry out repairs on the playground and a notice of motion to take over the playground will be submitted to the council at the earliest opportunity,” Deputy Gallagher and Cllr Molloy said in a statement.

“The issues which have led to the concerns of the future running of the playground have now been resolved.

“The playground was originally funded through Leader, Lottery and by local contributions, and since its opening the running costs have been the responsibility of the local committee, who have carried out trojan work over the years. We wish to compliment the commitment of the local voluntary group who continue to look after the playground.

“We would be hopeful that once the repairs are completed and the playground brought up to a high standard, that the council will then be in a position to take over the responsibility.

“Both of us would like to publicly acknowledge the cooperation of the Playground Committee, Glenties Community Development Group and the benefactor for funding the repairs. We will both maintain the pressure so that the repairs are completed and that Donegal County Council can secure the long term viability of the playground.”