PAT'S PATCH: Time's up, they had the chance! 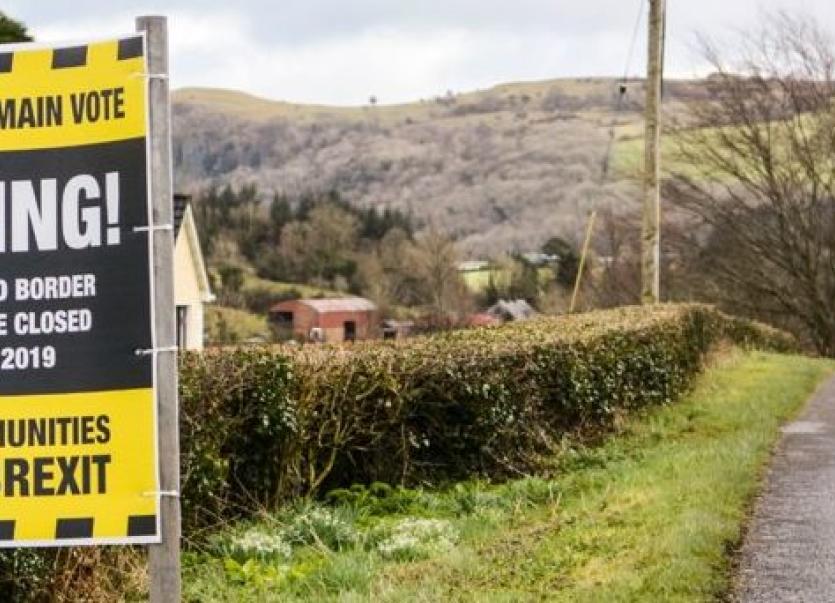 A new book - ‘Laying it on the Line’, deals with ‘the Border and Brexit’

Earlier this year – September 11 to be exact – there was a significant occurrence: 51% of the people surveyed in Northern Ireland supported the idea of Irish unification.
As far as I’m aware that is the first time that any poll has shown there was a majority in the North in favour of unity.
Last week Mercier Press sent me a copy of a book, ‘Laying it on the Line’, which deals with ‘the Border and Brexit’. Author Jude Collins interviewed a whole host of people (me included) and it’s abundantly clear the times they are a changin’. Big time!
Let me quote you this, it’s by one well known Northerner: “You cannot underestimate the level of sectarianism in this society. You put in a Freedom of Information request about the religious make-up of the police or the prison service and you’ll find it’s largely Protestant at every level.
“One of the reasons Catholics haven’t bought into the PSNI or the prison service is that they are looking at the DUP.
“Now I don’t vote for Sinn Féin. I’ve no time for them. But the real problem is the DUP: it keeps rubbing your nose in it. For f….sake, boys, back off. A bit of statesman like behaviour wouldn’t go amiss.”
Anyone who guessed that was Joe Brolly go to the head of the class.
In his own colourful way Joe has summed up, in just a few sentences, how frustrated Northern nationalism has become with the DUP, and why opinions and attitudes are changing.
Indeed, I was thinking as I was driving down home the other morning that if I was Mary Lou McDonald or Michelle O’Neill or whoever is in a leadership position in the Shinners these days I would be sending an effusive email to Arlene Foster and the DUP thanking them for their help.
They have done more to bring about Irish unity than any republican.

Joe Brolly (right), pictured at Friday night’s Up for the Final event in Glenties. The GAA pundit is a contributor to ‘Laying it on the Line’, which deals with ‘the Border and Brexit’

Apart from the Renewable Heating scandal which has their fingerprints all over it - and which led to the collapse of Stormont - their contempt for the Irish language, the riding rough shod over the 56% who voted to remain in the Brexit vote and their over weening arrogance during their recent pact with the Tory government at Westminster have all combined to really piss off nationalists to a degree that’s off the scale.
The have even alienated the west Brit type Catholic who had previously sort of acquiesced to living in a British statelet which is, believe me, a remarkable achievement. (A copy of Dale Carnegie’s best selling ‘How to Win Friends and Influence People’ might have come useful for Arlene at some stage.)
But the big question that’s now come centre stage for us, is our government ready to deal with all this change that’s definitely coming down the track? Are we ready?
Diarmaid Ferriter, professor of Modern History at UCD, in his piece in Collins’ book, suggests we are not. He makes the point that while our politicians have always urged dialogue between the communities in the North, there has been little by way of North-South conversation in regard to the future.
Senator Mark Daly, another contributor, goes even further when he said that neither the government nor his party, Fianna Fáil, has produced a policy document of any sort on Irish unity despite the fact that Attorney General Rory Brady has said that unity is ‘not an aim or an objective but an imperative’.
So let me be helpful here. Could I be so bold as to suggest what’s needed is for our government to set up some kind of citizens assembly, another ‘New Ireland Forum’ if you like to provide a road map for possible unity.
All shades of opinion, all sectors of society – north and south- should be invited along and have buy-in.
And, most definitely, there should be no referendums or Border Polls until all issues are debated and agreed upon. (Just look across the pond and see what the total lacking of planning for Brexit has done to the Brits. That’s one template that we would not want to be using).
To conclude let me go back to my old mucker, Joe Brolly to sum up where we are now at: “Of course it (Irish unity) can be done. It’s inevitable. Northern Ireland is dead. And within 15 years it will be buried - it’s gone.
“Fifteen years from now isn’t really long. People think as I do that the Good Friday Agreement was signed yesterday - because that’s about as much progress that has been made.
“But time’s up. Time’s up! They had the chance. They had the chance.”

The old folk used to say that the apple never fell too far from the tree and that truism certainly holds in politics.
Boris Johnson comes across as a pretty arrogant buffoon type of politician, all swagger and bluster that comes from having moved in upper crust circles for most of his life. And his daddy, Stanley, illustrated where he gets it from when he stated live on the BBC on Friday that it was ‘absurd’ they could read out a tweet that suggested his son was Pinocchio – a liar.
“Pinocchio?’ remarked Stanley, ‘That requires a degree of literacy which I think the Great British public doesn’t necessarily have.”
So he’s suggesting the people his son is asking to vote for him are illiterate.
Foot and mouth come come to mind.

As a young lad I worked in the Continental Bar in Letterkenny and the proprietor, the late John Devine, bought a device that played those big - now long gone - eight track cartridge cassettes. The problem was he only had one cassette – Simon and Garfunkel’s ‘Bridge over Troubled Waters.’
Now don’t get me wrong it was a brilliant album but after hearing ‘El Condor Passa’ for about the 9,000th time it sort of started to grate on my nerves. A bit like Christmas music does now.
By the time you read this we will be officially in Christmas season with every bleeding radio station playing non stop ‘Fairy Tale of New York’, ‘Jingle Bells’, that one from Slade and Chris Rea’s ‘Driving Home for Christmas’; and Bing Crosby’s ‘I’m dreaming of a White Christmas’ must be making a fortune for the heirs of the composer because it’s just about the most played song on the planet.
Straight up, about five or six years ago I was listening to Highland Radio and on came The Pogues. I said bollocks to that, turned it over to RTÉ and they were playing the exact same song. Thinking I would be safe going to Radio Foyle I dialled it up and, guess what? Yip, they were playing it too.
You couldn’t make it up.