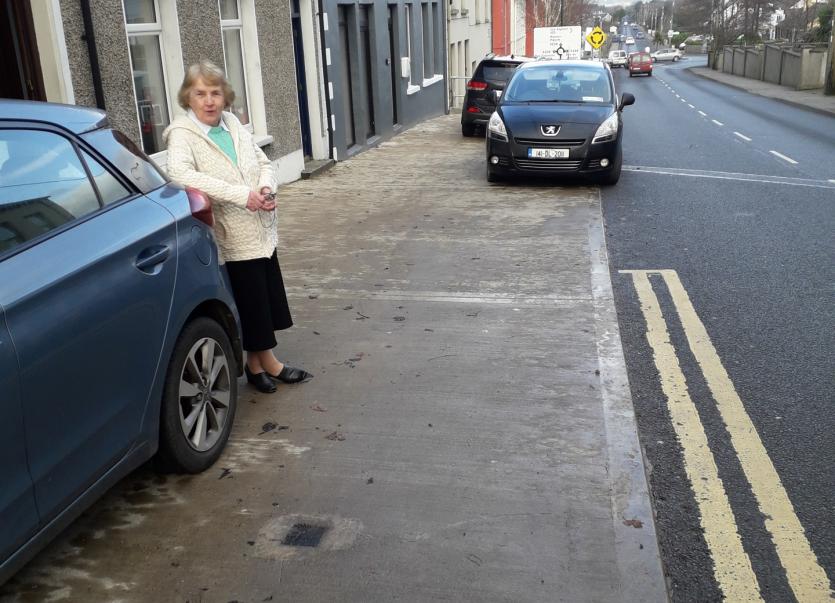 Feisty Donegal pensioner Bridie Bradley has highlighted the problems  caused by the widespread belief a set of double yellow lines are “illegal”, a claim strongly rebutted by Donegal County Council.

According to Bridie, the situation has led to, at times ill tempered, traffic congestion in Carndonagh.

The double yellow lines in question were painted outside Bridie's home in the narrow Malin Street by Donegal County Council within the past two years.

Bridie said, the fact drivers were ignoring the  lines and continually parking on them, was making life “extremely difficult” for her neighbours and herself.

Speaking to Donegal Live, Bridie said she had actually been told by several people the yellow lines were not legal, which is why people feel they can park on them with impunity.

She added: “Drivers have said to me, the lines were only put here to 'keep the people living in Malin Street happy.'

“Drivers are ignoring the double yellow lines. They seem to think they have the right to ignore them because they believe Donegal County Council has no legal right to paint them.”

Because the kerb was also lowered on the left hand side of Malin Street, going down towards the Public Service Centre, Bridie  and her neighbour were able to park in front of their homes, off the road, on the inside of the double yellow lines.

However, if someone parks alongside on the double yellows, effectively double parking, Bridie is unable to drive her car out or in.

She said: “Most people are pretty civil about it, others not so and it has caused a lot of ill feeling because of these lines.

“The lines were put in in the last 18 months by Donegal County Council and because they are being ignored, the traffic flow on an already narrow street has become even worse.

“The Council also replaced the pavement. They lowered the kerb, which means vehicles can now park on the pavement, no problem. We then have a situation were people can get neither up nor down at a certain point in Malin Street. People pushing prams, people in wheelchairs, they all have to take to the middle of the road, which is very dangerous,” said Bridie.

The determined pensioner said the situation outside her home had got so bad she was going to stage a protest unless the matter was quickly rectified.

Bridie said: “I think, if these [double yellow lines] are illegal, the Council must remove them. Otherwise, when I come to park my car and I can't get in, I will park out on the road. Failing that I will park on the other side of the road, which will cause a bottleneck. I intend to do this until the Council decides it is going to do something. I have approached the Council and I have had no satisfaction.

“The majority of drivers have been polite and very civil and any who haven't been just point out that the double lines are not legal and they are entitled to park there if they wish. Mostly people will move so I can get in or out.

“There is a belief in Carndonagh that the lines are not legal so drivers are parking on the lines.

“My neighbour has had hip and knee replacement surgery so she is classed a person with a disability. She has to go out into the middle of the road at times to get into a car, whether it is raining, snowing or anything and when she comes home and she can't get in, she has to get out of the car in the middle of the road and walk in. There are times when she can't actually walk down to my house because she can't, there would be inches between the parked cars on the footpath and the wall, literally inches,” said Bridie.

On the day Donegal Live visited Bridie she was blocked in by a vehicle parked on the contentious double yellow lines.

A clearly frustrated Bridie called on Donegal County Council to clarify whether or not the double yellow lines on Malin Street were legal.

She added: “We also need designated parking spaces outside our homes and the neighbouring businesses.

“There is adequate parking in Carndonagh. People just need to be a wee bit more considerate. There is a large car park at the back of Café Banba and one round at Ashley Martin too.

“ As I have said, my neighbour is disabled and she was looking for a designated parking space outside her home because she has to go out into the middle of the road to get in or out of the car. She went to Donegal County Council which said, 'Nothing to do with us. Go to the Garda.'  She went to the Garda and it was the same story. 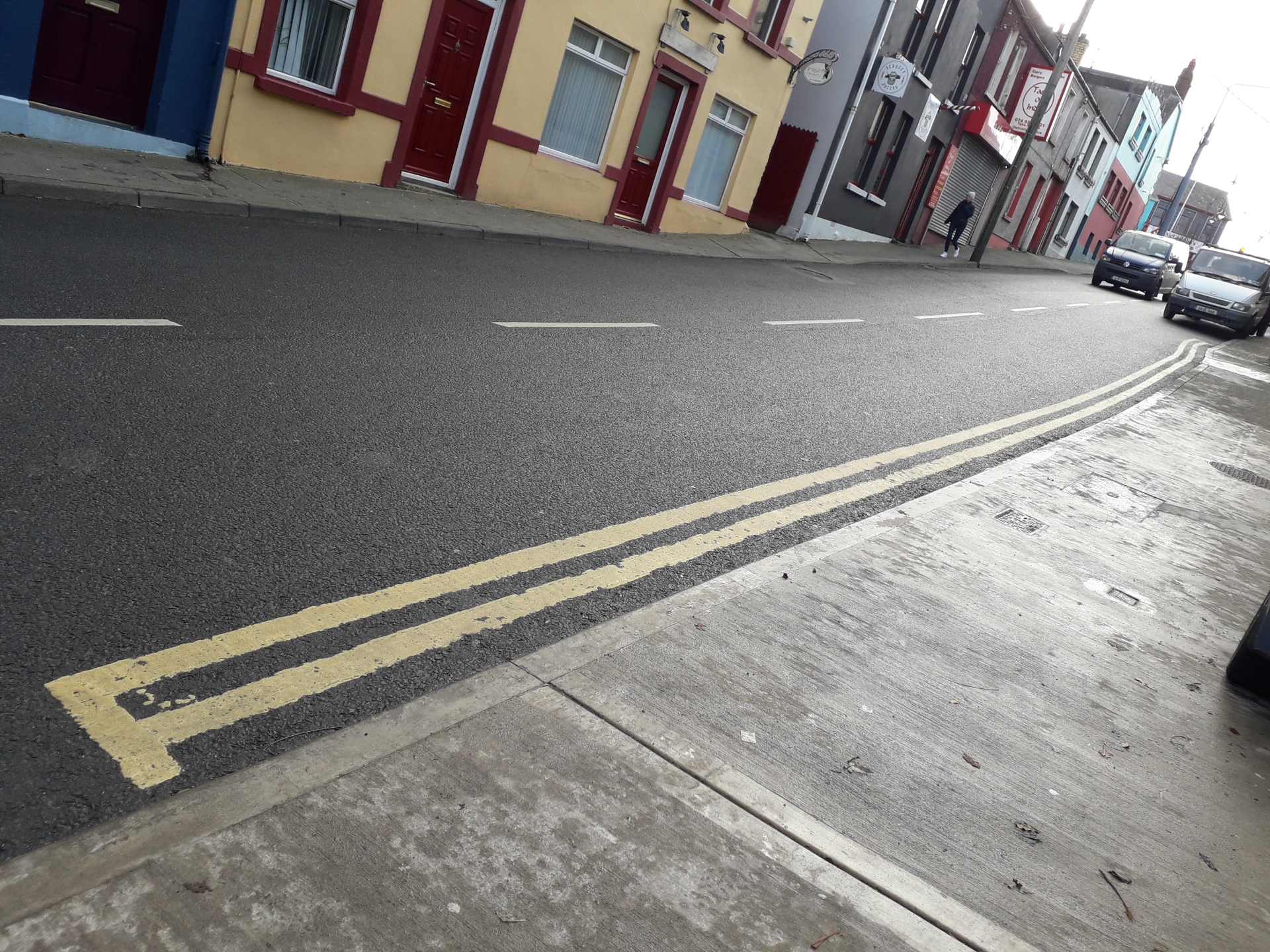 A designated [disability] parking space is necessary outside because even though there are double yellow lines running down Malin Street past our houses, drivers are parking there regardless,” said Bridie.

In a statement to Donegal Live, it said: “The yellow lines were installed by Donegal County Council as allowed for under Road Traffic Act, 1994, which allows that a  road authority may provide for public roads in their charge such information signs and warning signs as they consider desirable.”

“Individuals may submit a request to the council in relation to the designation of a particular parking space as a disabled space and the council will consider these requests on a case by case basis.”