'She didn’t get the last rites, her body wasn’t brought to the church' 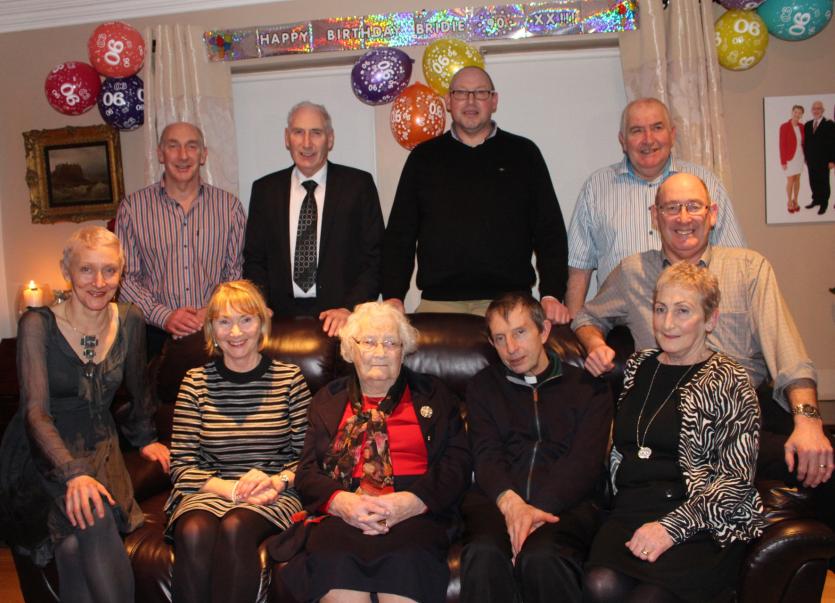 A Donegal daughter has described the difficulties associated with having lost a loved one during Covid-19.

In an interview on Barrscéalta on RTÉ Raidió na Gaeltachta, Bernie Ní Dhuibhir described her family’s heartbreak during the COVID-19 emergency when her mother Bridie Uí Dhomhnaill, 93, passed away in March.

Bridie Uí Dhomhnaill, or Bridie Diver as she was also known, from Gaoth Dobhair died on March 26 at a time when the most stringent restrictions were in place.

She died of old age, rather than COVID-19.

In February, Bridie was brought to Letterkenny University Hospital. Her family celebrated her 93rd birthday with her there.  She was subsequently moved to a nursing home in Falcarragh where initially, the family could visit. However, visitation was stopped on March 19.

“We knew that she was dying, and it as very difficult not to be able to visit, because she was a woman who loved company ... But we accepted it.  We were lucky that we knew a few nurses working there, so I did a couple of video calls with her, I could talk to her and I could see her, and I’m sure she could hear me.  It was wonderful to have that,” Bernie said.

Bernie got a call on March 26 to say that there was a small change in her mother’s condition.

“We asked could her main carer – my brother Martin – come over and visit at the window and talk to her, so he did that.”

Sadly, Bridie passed away that night.

“It had been five weeks since any of us had seen her ... had been in her company.”

Bridie’s body was brought home at 4pm the next day. Only family was allowed to attend  the wake, and although there was a Funeral Mass the following morning, the body was not brought to the church.

“We had a very short time with her at home ... it was just ourselves, and the social distancing and everything, we were nervous of being too close together. It was very tough,” she said.

“She didn’t get the last rites, her body wasn’t brought to the church ... she missed out on that.  There were only three dioceses in the country at the time where funerals weren’t allowed in the church, including ours ... We had a funeral mass, and we’re very grateful for that, and that it was on Facebook so we could all be part of it from home.  Mammy was there in the open coffin in the corner, and that’s something that a lot of families don’t have ... it was lovely that she was there with us for the funeral.”

“She used to always say that it was a sign of respect how big a wake was, how many people were at a funeral ... she would have been very, very proud of all the people that turned up to line the road down to the graveyard, that was lovely, showing her respect like that, and the Guard of Honour at the graveyard.”

Shortly after Bridie’s death, the restrictions were eased to allow a small number of people attend a funeral. Bernie welcomed the new bereavement helpline launched by the Hospice and the HSE this week.

“It’s very hard to process it all .... this helpline will be very helpful for people.”