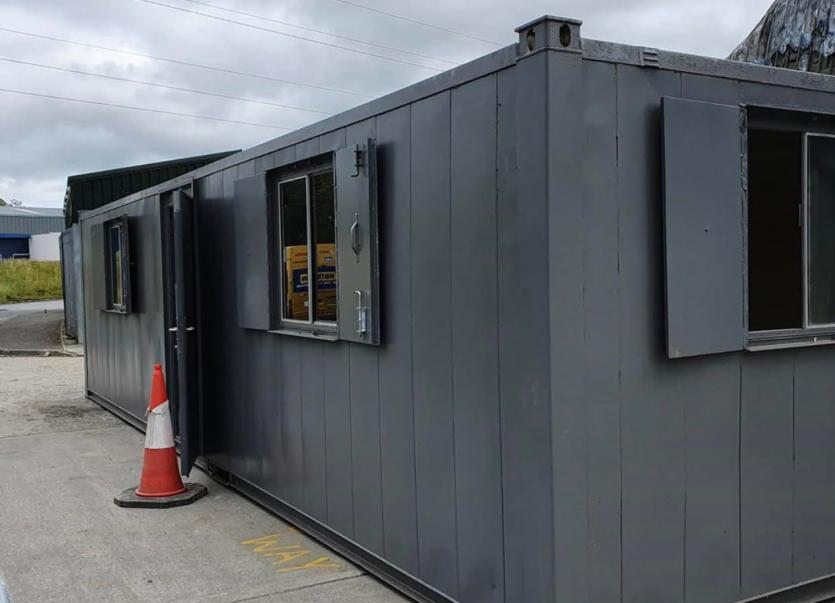 Letterkenny businessman John Watson, whose premises was ravaged by fire earlier this month, is feeling positive following the delivery of a temporary shop earlier today.

On Monday, June 15, shortly before 6pm, a fire broke out at Watson Hire, in the Lisnennan area of the town, causing extensive damage to the building.

The people of the town were devastated for the well-respected businessman, his family and his colleagues.

However, John Watson has proven tenacious in the face of adversity. Less than three weeks later, he has a new, temporary shop in place, where he can carry out his business.

He also paid gratitude to those who have supported him over the last few weeks saying that he has been 'getting great support from the public.'

Watson Hire say they hope to have retail services up and running again by this Thursday.