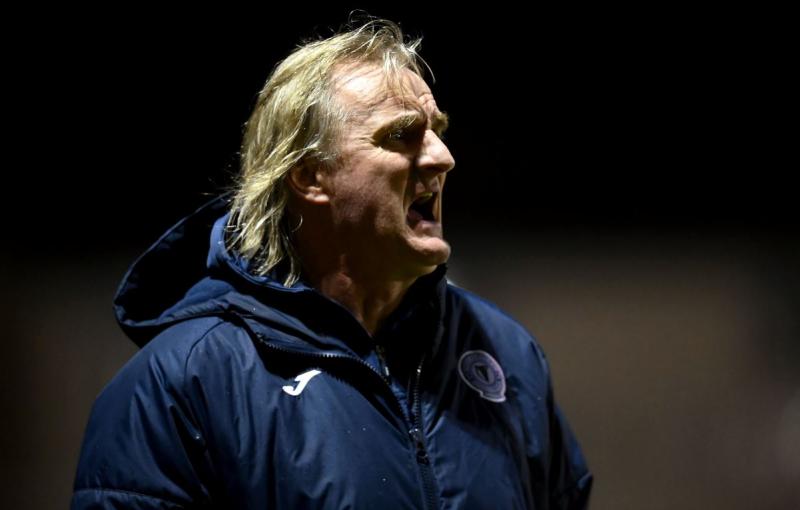 Double-chasing Shamrock Rovers travel to Ballybofey this evening as red-hot favourites to overcome Finn Harps in their Extra.ie FAI Cup quarter-final clash. (Kick-off at Finn Park is 5.30 pm). The game is live on WATCHLOI.

But occasionally the cup can throw up surprises and that is exactly what the Finn Harps management team of Ollie Horgan and assistant Paul Hegarty will be plotting.

Having secured their Airtricity League Premier Division status on the last day of the league campaign, the most important objective for the season has been achieved.

Harps are now in bonus territory.

And should Harps end Rovers’ cup interests, well that would really rank right up there as one of the Donegal club’s greatest ever results in this competition.

“Look, they (Rovers) are the best team in the country by a county mile,” Horgan observes.

And he feels that capturing the FAI Cup last year - for the first time since 1986/87 - was really the springboard that has launched the Stephen Bradley era for the Tallaght-based outfit.

Rovers went through the entire league campaign without losing a game - the first side to do so since the 1926/27 season.

And there is a real possibility that Rovers are now on the verge of a dominant era, replacing Dundalk at the top of the pile.

Three of their players were in Stephen Kenny’s Republic of Ireland squad this week, namely Graham Burke, Aaron McEneff and also Jack Byrne, who came on as a substitute in the scoreless draw against Bulgaria on Wednesday.

Harps go into the game with very little pressure on them.

But it is nevertheless an opportunity. Harps do not fear Rovers. In recent weeks, the Donegal club has had some notable results.

Whoever emerges victorious will face the winners of the Sligo Rovers - Derry City tie, which takes place next Wednesday.

Horgan says they will be preparing thoroughly for the visit of the Dublin side.

That said, a massive challenge awaits.

He knows that if they are not, and Rovers click, then Harps could be in for a potentially very tricky evening.

In team news, Leo Donnellan returns from suspension having missed last week’s victory over Waterford. Mark Timlin remains out while Shane McEleney will miss the game through suspension. Karl O’Sullivan is unlikely to feature while he recovers from an ankle injury sustained at Bohemians a month ago.

Harps striker Adam Foley said; "We've nothing to lose and confidence is high in the squad. We'll prepare accordingly and hopefully things go our way."

Rovers, already assured of the league title, won 2-0 on their recent visit to Ballybofey, on an evening when the pitch cut up badly.

But as Horgan recalled, they “rolled up the sleeves” and he is expecting that again. The notoriously poor Finn Park surface will be heavy once again, and it looks set to be an energy-sapping affair.

There is no doubt that Horgan and Hegarty will have their homework done, and a plan will be in place to try and spring a surprise.

Rovers, though, are on a roll, and will be bitterly disappointed if they do not advance to the semi-finals.