Wayne McCullough backs Jason Quigley to 'do the business' 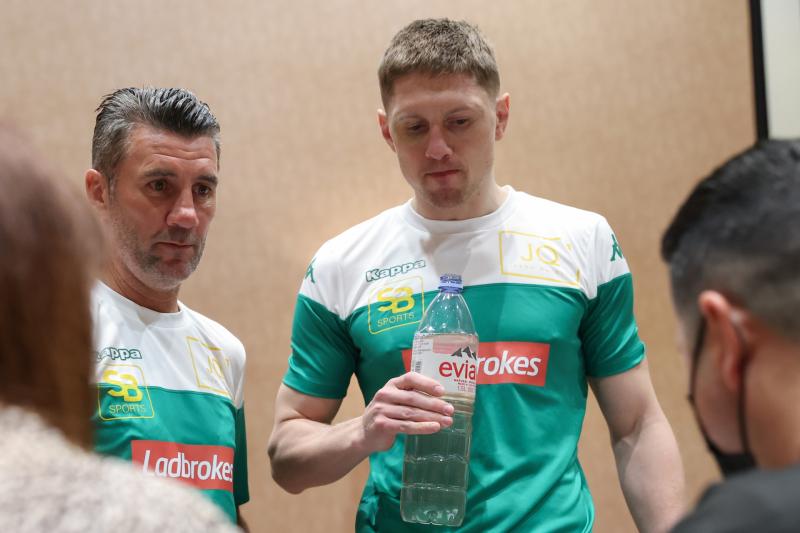 Wayne McCullough has backed Jason Quigley to follow his footsteps and become a world champion tonight.

The Belfast boxing icon will corner Quigley for the biggest night of his life.

“He’s going to go out there and do the business,” McCullough said.

The Pocket Rockedt, the former world bantamweight kingpin and 1992 Olympic silver medalist is standing in with Andy Lee, Quigley’s coach, unable to travel to Stateside.

McCullough was also in Quigley’s corner for his decision win over Shane Mosley June in May.

He said: “The Mosley fight was a great fight for Jason. That was the type of fight he needed. That fight was a big stepping stone. Andrade is the next level. This is it.

“I’m not coming here to change anything.

“Andy and I are on the same page. We’ve talked about Andrade’s strengths and weaknesses.”