Fears expressed over the future viability of Castlefin bridge

"Something needs to be done before something serious happens" 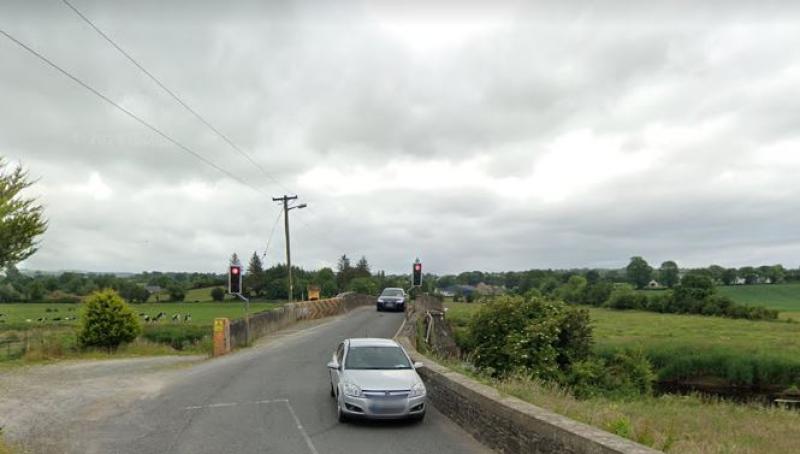 Castlefin bridge is no longer safe as vehicles are crashing into it on a regular basis. It is no longer fit for purpose.

Cllr Doherty said he had been raising the problem with this bridge for a while now and while he appreciated reports had been done, it was now at the stage where it was no longer safe.

"There has been a serious deterioration. I know the council's local road staff have carried out remedial work over the past few weeks and there are more on the way but the situation is now getting very serious.

"After the last local election we met as councillors to identify priorities projects within this municipal district and I believe this bridge was first or second on that list.

"I know it will take quite a substantial amount of money to replace it or refurbish it to the standard required for the 21st century but I think we are now at the stage where we need to put this issue front and centre whenever we are discussing local roads issues.

"We are almost at the stage where we have to say that bridge is no longer fit for purpose," he said.

Cllr Doherty claimed the structure was suffering due to the large vehicles crossing over it on a daily basis.

"This is a busy agricultural area and route for cross-border travellers between Castlefin and Castlederg and the outlaying hinterlands of Doneyloop and other areas. We have large agricultural businesses in the area that also use it. The bridge is getting abused, there's no way to sugarcoat that anymore."

He blamed this on a combination of factors.

"There's not enough room for vehicles to pass one another on the bridge and they were knocking into it. Some are reversing when they meet another vehicle and when they reverse back some are knocked to the side of the bridge. This is damaging the bridge and I'm honestly getting to the stage where I'm very worried about it.

"Locals including members of the Tidy Towns committee have approached me about it saying something needs to be done before something serious happens. We're now getting to the stage where we're afraid somebody is going to get hurt from falling debris from the bridge," he said.

He added he appreciated it would cost a lot to fund a new bridge across the river Finn but felt this was the stage they were at and he wanted them to promote this as a municipal district.

Cathaoirleach Cllr Patrick McGowan said first they needed a site meeting with road design and then they as councillors could push the council executive and if necessary the department for action.

“If you don’t push you will get nowhere, that’s how things get done,” he said.

Senior council engineer, Claire McGeever said Castlefin bridge was identified as priority number two and had been included in the list that went to the department for funding under year one.

"As members know no funding has become available as yet. There was a submission for €200,000 just to do temporary work on the bridge It has been strengthened down through the years. The approach from Castlederg was widened and traffic lights placed on it but there is still an issue from the Diamond down. It does need to be addressed but is going to need substantial funding. It did go into the department for funding but no funding as yet has been made available.

She confirmed she would contact the council's road central and road design sections to arrange a meeting with councillors at the bridge to see what the next step might be.