RACING: Top tips for 2,000 Guineas day at the Curragh 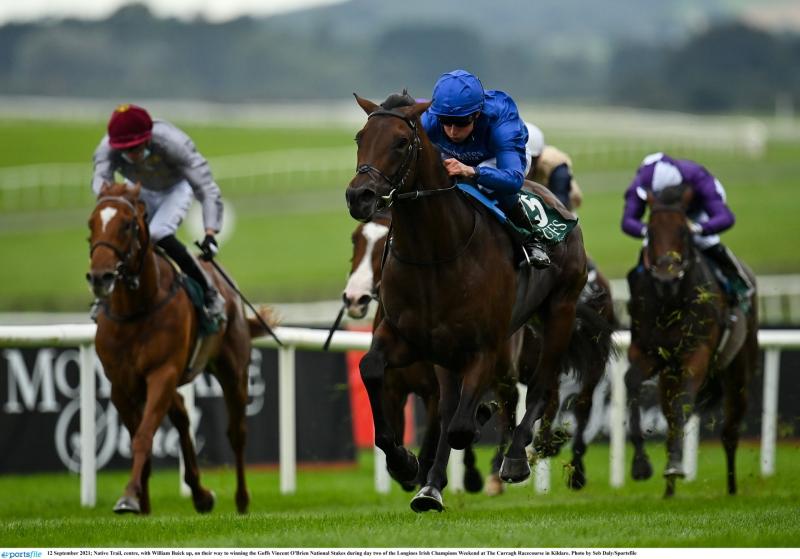 RACING: Top tips for 2,000 Guineas day at the Curragh

The Irish 2000 Guineas takes centre stage on Saturday afternoon, forming part of an excellent eight-race card at the Curragh. The action gets underway at 1.35pm and concludes at 5.35pm.

The feature is undoubtedly Classic action at 3.20pm with the €500,000 G1 Tattersalls Irish 2000 Guineas. Native Trial carried all before him last season, which included victory at the Curragh in the National Stakes as he was crowned the Cartier Champion Two-Year-Old. He returned this season when powering to glory at Newmarket in the Craven Stakes and then showed that he does stay the mile trip when second to stable companion Coroebus in the English 2000 Guineas. Having shown his stamina over eight furlongs, he is very tough to oppose here and should take the world of beating for Charlie Appleby, William Buick and Godolphin.

Buckaroo is a live player for Joseph O’Brien having beaten Wexford Native in the Tetrarch Stakes. He seems to be improving with every run and commands plenty of respect. He should give Native Trail the most to think about.

Ivy League represents Aidan O’Brien and has progressed rapidly this term landing a Dundalk maiden, before tasting handicap success at Naas in April. Stepped up to Group company at Leopardstown in May, he stayed on to good effect to fill second and should come on plenty for that effort. He therefore commands all sorts of respect.

Wexford Native won nicely on debut before chasing home Buckaroo in Listed company at the Curragh in May and is not discounted, along with Atomic Jones. He was unbeaten in two starts last term, including when tasting G2 success. He was fourth in his reappearance in a Derby Trial at Leopardstown and should appreciate the return to a mile.

Duke De Sessa looked a potential star last term but has struggled in two starts so far this term, but is another to note. Malex, Imperial Fighter and New Energy complete the nine runners.

Elsewhere on the card, Blackbeard is tough to oppose in the G3 Gain Marble Hill Stakes (2.10pm). Successful at Dundalk on debut for Aidan O’Brien, he showed plenty of guts when scoring at the Curragh in Listed company last time out and is taken to score at the main expense of stable companion Deneuve who impressed when scoring at Naas in April and Tough Talk who made a winning debut over course and distance last month.

The G2 Weatherbys Ireland Greenland Stakes at 2.45pm is another excellent event. A Case Of You followed up G1 Prix de l’Abbaye glory last season with further G1 success in the Al Quoz Sprint at Meydan in March. He looks tough to oppose, but course and distance scorers Make A Challenge, Urban Beat, Power Under Me, Gustavus Weston and Glen Shiel are all respected here.