Difference of opinions within Inishowen Fianna Fáil over programme of government 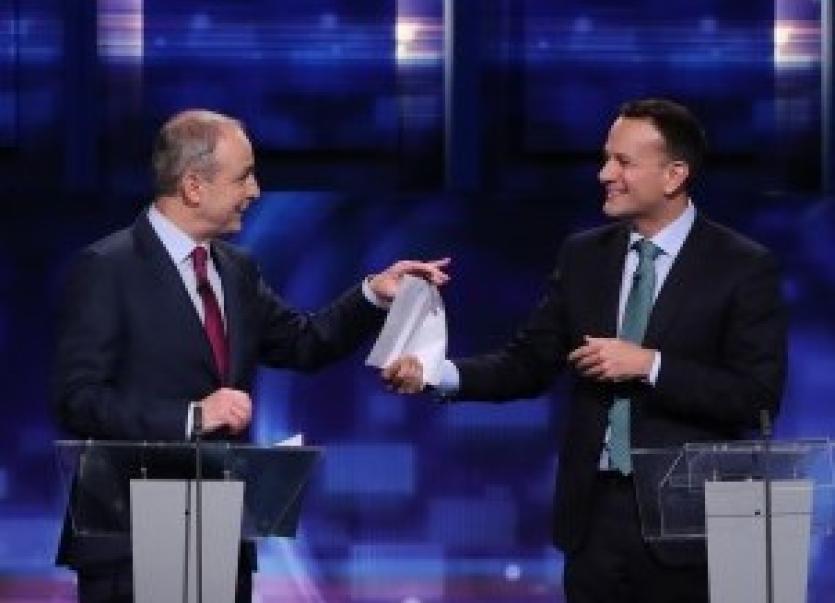 Under the terms of the programme for government, Micheál Martin will serve as Taoiseach until December 2022 and the role will then rotate to Leo Varadkar, who is set to become Tánaiste.

After 128 days since the General Election, a deal has finally been struck to form a new coalition government.

The leaders of Fianna Fáil, Fine Gael and the Green Party have heralded the 120 page programme for government as a pathway to a stable government post-Covid.

The result of the vote on the programme for government by the members of Fianna Fáil, the Green Party and Fine Gael will be announced on Friday, June 26, it has been confirmed.

However concerns have been raised by members of all parties at the prospect of this new and historic government.

Locally it appears that there is some opposition to the move by Fianna Fáil members.

Donegal TD Charlie McConalogue, who helped negotiate some of the programme of government, believes the deal between the parties is fair and is best for the country at this present moment in time.

“I believe that the programme of government that has been reached is a very positive and reassuring outcome,” Deputy McConalogue said. “I know that there has been much concern by Fianna Fáil members going into government with the Green Party in particular but I believe they will be very pleased with what has been agreed.

“The programme for government provides the changes that the public were looking for before the General Election in terms of housing and health.

“There is a commitment to providing 50,000 new affordable houses across the five years.

“Also, I believe that it protects rural Ireland. A number of farming organisations have already came out and welcomed its contents.”

Deputy McConalogue said that despite concerns, there is enough of a 'Fianna Fáil identity' to reassure members.

“There is enough of a Fianna Fáíl identity in the programme for government. It allows us to deliver on our manifesto promises.”

Deputy McConlaogue's views have not widely been shared by local Fianna Fáil councillors.

Outgoing Mayor of Inishowen Cllr Martin McDermott has strong reservations in what lays ahead for Fianna Fáil as party.

“I said it on the night of the count in Letterkenny that Fianna Fáíl as a party needs to have a look at where it is going and what type of party we want to be,” Cllr McDermott said.

“I have grave concerns at where we are headed, I come from a Fianna Fáíl family, I believe in the values that Fianna Fáíl was all about, about standing up for ordinary people and I think things could have been done differently.

“Personally I believe we should have gone down the national government route until the Covid threat has been dealt with entirely.

“I'm worried that Fianna Fáil as party will lose its identity going into government with Fine Gael and the Greens. Other options could have and should have been explored.”

Cllr McDermott also expressed his concerns at going into government with the Green Party.

“I will be seeking clarification on a number of issues regarding rural Ireland. Rural Ireland has been left behind and if we don't do something about it, we could see the demise of rural Ireland in 20 or 30 years time.

“Some of the policies that the Green Party would like to introduce, I believe could harm rural Ireland.”

Cllr Donaghey said: “I would not be happy with the arrangement.

The veteran councillor said its time the country had a government in place, despite having some misgivings of his own.

Green Party chairman for Donegal, Michael White has also given his support for the deal.

“I would be supportive of the deal,” he said. “It ticks all of the big issues, like the commitment to building 50,000 new homes and I also believe that there is a lot there for rural Ireland also.”

Mr White has also given his backing to Green Party leader Eamonn Ryan to remain as leader, despite a challenge from Catherine Martin.

“Eamonn Ryan has guided us to our most successful election result ever, he should be able to remain in place,” he added.

He said: “The reality is that a government led by Fianna Fáil and Fine Gael - no matter who they are propped up by - does not represent the change that people voted for and will not deliver for workers and families.

“Their record in government together over the past four years shows us exactly what they will do if this programme for government is endorsed by the parties involved.

“What we need is a break from the past, not a repeat of it.”

Under the terms of the programme for government, Micheál Martin will serve as Taoiseach until December 2022 and the role will then rotate to Leo Varadkar, who is set to become Tánaiste and hold a ministerial role. It will be the first such time a coalition will include a plan to share the role of Taoiseach.

If passed this would mean that Micheál Martin would be elected as Taoiseach on either Saturday, June 27 or Monday, June 29 in the National Convention Centre.