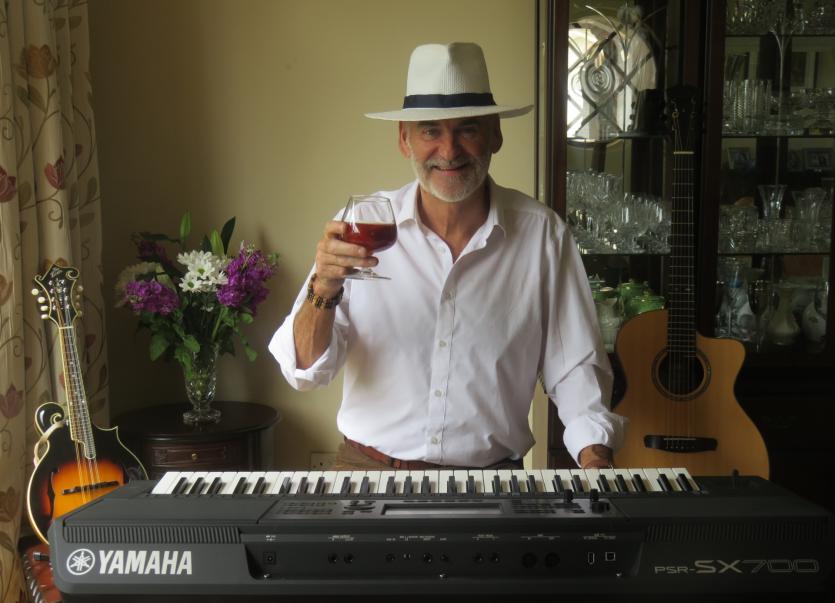 A well-known Inishowen musician has released a charity CD.

Clonmany's Johnny McEleney recently released his first ever CD, with the proceeds going towards the Ard Aoibhinn Alzheimer's Unit and the Hospice wards in Carndonagh Community Hospital.

The idea to release a CD came to Johnny during height of the Covid lockdown.

Taking to Facebook for 15 minutes a day to play a song and have a bit craic, Johnny played played for 54 days on the trot to an ever growing audience.

Johnny explained: “At the start of lockdown, a few people were saying to me to play a song and put it on Facebook and I ended up doing a Facebook live and it got a great response.

“I was only going to do it once, then Leo Varadkar kept extending the lockdown, so I decided to do a week but I ended up doing 54 days straight!

“People seemed to have really enjoyed it. I was getting loads of comments and likes and shares on Facebook and that's when I got the idea to record the songs and get it out there and hopefully raise some money for the Alzheimer's Unit and the Hospice rooms in Carndonagh Community Hospital.

“They do fantastic work for everybody across Inishowen there. I doubt there's a family in Inishowen that hasn't had someone in one of those units.”

Despite playing around the peninsula for over 50 years, this will be Johnny's first release as a recording artist.

“I've been singing and playing music for 60 years but I never recorded anything, so it was about time I did,” Johnny joked.

“They're all cover versions of some of my favourite artists like Bob Dylan and John Prine.”

Another reason for releasing a CD of Johnny's favourite songs, is to leave something special for his granddaughter Zelda, who lives in Australia.

“I just got back from Australia before lockdown and I wanted leave something different for my eight-month old granddaughter Zelda.

“Hopefully she'll take up an interest in music just like her granda,” Johnny said.

As of date there have been over 300 copies of 'Songs from a Room' sold, however copies can still be found in Clonmany's Shop 4 Less, Clonmany Post Office, Inish Pharmacies, McLaughlin's in Carndonagh, McGuinness' Shop in Culdaff, Malin Post Office, The Orchard Bar, Gleneely and Gillen's Supermarket in Moville.