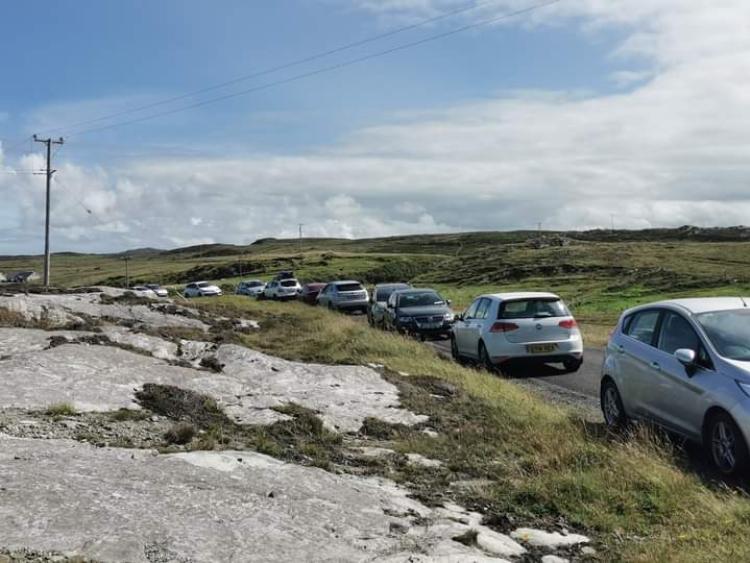 Speaking to Donegal Live, a clearly frustrated Ali Farren, who manages Malin Head Community Centre, made the call following what he described as the “bank holiday staycation gridlock” at Malin Head.

Ali Farren said: “Malin Head was total gridlock this weekend due to the number of people choosing to staycation this summer and deciding to visit Malin Head. After all, Malin Head is the premier signature point in Donegal, if not on the whole Wild Atlantic Way.

“In one way it is a great problem to have but in another way, unfortunately, the sheer number of visitors coming to Malin Head means they are not getting the full ‘Malin Head experience’ because of the serious lack of parking, amongst other things.

“We here in Malin Head need Fáilte Ireland and Donegal County Council to implement, to fast track the ‘Malin Head Visitor Management Plan’ which was unveiled earlier this year. Irish people now are coming this year because of the staycation. Visitors have been coming in their droves. It is just a great pity that they are not able to see the full potential Malin Head has to offer and come back again,” said Ali Farren.

Mr Farren said he feared visitors caught in traffic jams in Malin Head might decide to “give it a miss” in future.

He added: “The Malin Head community wants and needs the visitors to come back. However, we feel, at the moment, there is nothing being done up at the Tower to facilitate that or capitalise on it.

“The toilet block alone had to be cleaned today (Tuesday). It has never been as busy. It was only emptied on Thursday there. I think, even Donegal County Council could not believe how much it had been used over the bank holiday weekend.

“It just goes to show, there are thousands of visitors coming to Malin Head and we have a severe need for proper parking, as well as a visitor facility. There were plans to upgrade the existing buildings and provide tourist information. This bank holiday weekend has clearly shown, Malin Head has a total lack of facilities.

“We need the Malin Head Visitor Management Plan’ to be put into place so everyone can benefit. Inishowen is doing really, really well. We have Inish Adventures and the Doagh Famine Village. The crowds are descending on Malin Head, but the necessary facilities are sadly lacking,” said Ali Farren.

He added: “Through the map, we will show visitors to Malin Head what the area has to offer.

“Hopefully, we will retain them in the area for that bit longer and they will spend a wee bit of money in our community and create and support jobs here.”