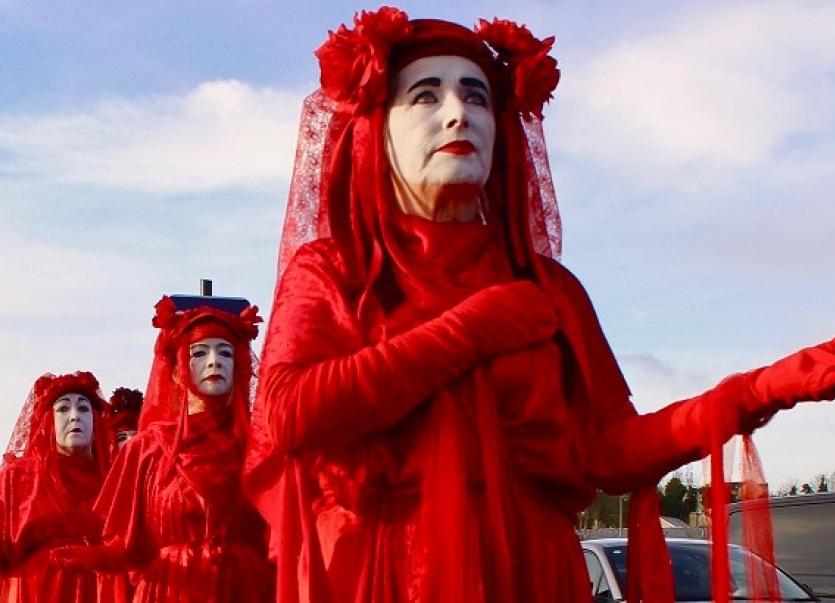 A group of artists who wish to use their artistic skills to create a performance group that highlights climate change held their first historic performance outside an Grianán Theatre, in Letterkenny on Friday, December 20.

The group XR Red Rebel Brigade Donegal was formed recently by local artists from around the county.

Speaking on behalf of the group, Bernadette Hopkins, said: "Our message is that the science is clear and we are facing an unprecedented global emergency that will affect all life due to climate change. We need to act now. We want people to feel, empathise and understand the current situation on the planet through our performances, by invoking is the power of art." 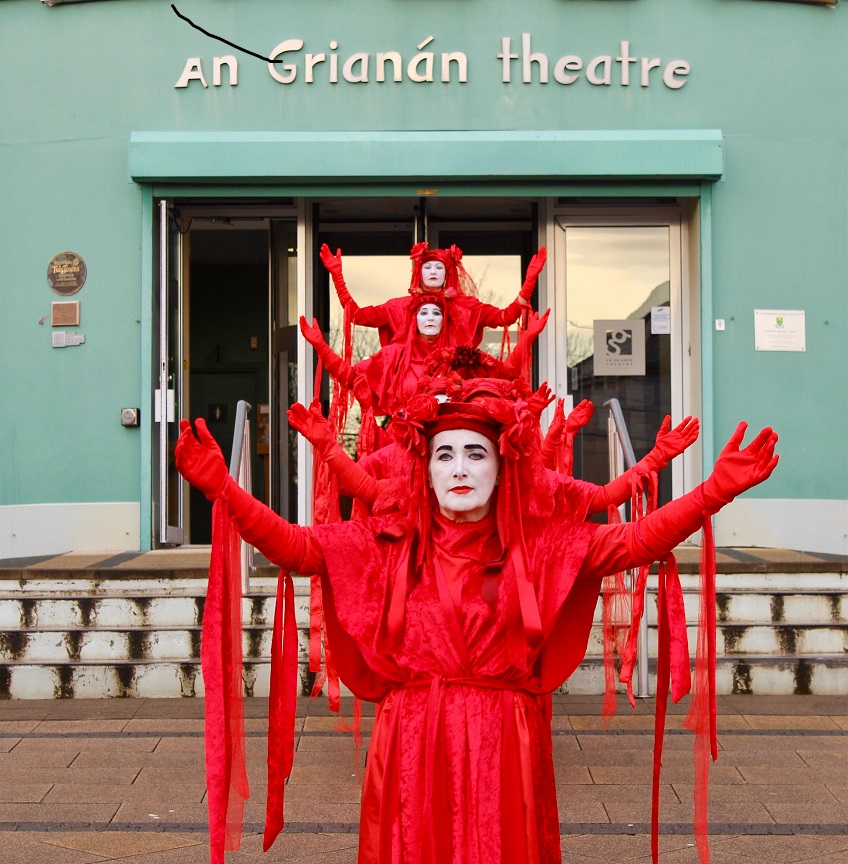 The non-violent red rebel brigades hope to convince the carbon emission establishment that an emergency response is necessary for the survival of the planet. They draw attention to rising sea levels around Donegal and the need for action by planners and government as flooding is eminent in many areas.

They are concerned that many current life forms will be extinct by the end of this century and that we are causing the sixth mass extinction in earth’s history. Their performances are about, the air we breathe, the water we drink, the earth we plant in, the food we eat, and the beauty and diversity of nature that nourishes our physical and psychological well-being.

"All these that are vital to us, are being corrupted and compromised by the human values behind our political and economic systems and consumer-focussed lifestyles. Change is needed quickly and Red Rebel Brigade Donegal is here to remind us this Christmas and in the New Year, with performances all around the county in 2020," she said.

Red Rebel Brigades’ have sprung up all over the world and as the name suggests are in reference to their red robes and elaborate headdress. Created originally by Bristol street performance group called Invisible Theatre, the mode of dress symbolises the common blood of humanity and calls for an end to war and environmental co-operation to save the planet. Red Rebel Brigades are silent and use art to bring their message. They have attracted a lot of attention in the media because of their striking scarlet appearance tableaux, slow movements and performances in public places. The Red Rebel Brigade first appeared politically during protests against the Iraq War in 2001, after regular performances with the Invisible Circus in the 90’s. They joined with Extinction Rebellion in April 2019.

A spokesperson for the Red Rebel Brigade Donegal, said: "Our red costumes symbolise the blood we share with all species, that unifies us and makes us one. As such we move as one, act as one and more importantly feel as one. We are unity and we empathise with our surroundings. We are forgiving, sympathetic and humble, compassionate and understanding. We divert, distract, delight and inspire the people who watch us. We illuminate the magic realm beneath the surface of all things. We are peace and we walk in love."