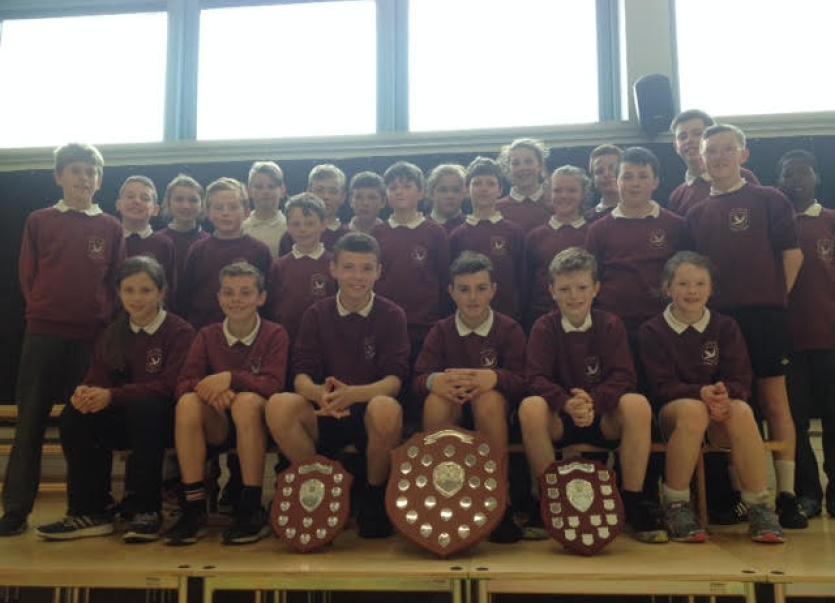 Students from the school who had a great treble winning week.

It was certainly a special week for the boys and girls from Kilmacrennan NS as they had treble success on the sporting fields last week.
First up was the boys who won the Cumann na mBunscol Roinn 2 (11 a-side) county title when they defeated Naomh Padraig, Muff in the decider played in Glenswilly on Wed.
The boys returned to the playing pitches again the following day when they met near neighbours Glenswilly NS in the FAIS Primary Schools cup final in Goose Green, Letterkenny.

Success again in this final saw them go into Friday's Cumann na mBunscol Roinn 1 county rounders final looking for the treble. Once again they came out on the right side of the result to trigger scenes of joy as they wrapped up the treble success on consecutive days. A great achievement by both players and coaches involved.