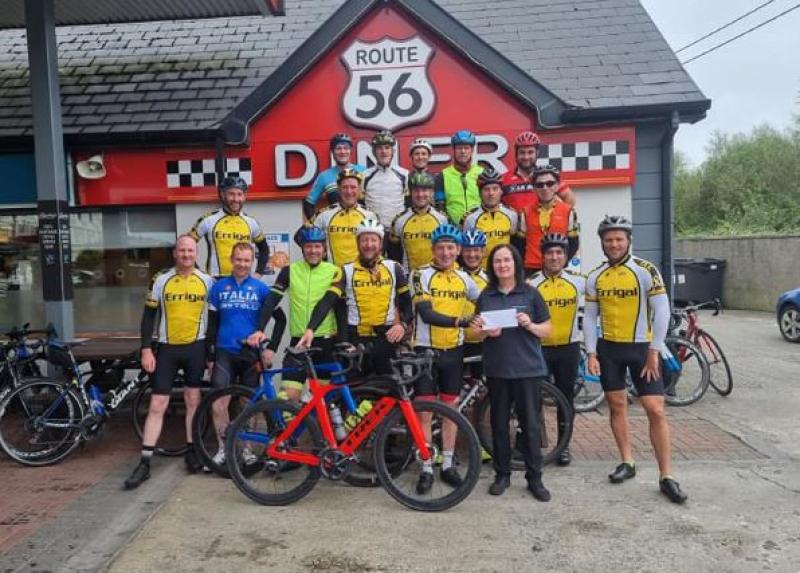 Members of the Mad Dogs Mizen to Malin Charity Cycle, pictured receiving sponsorship for their fundraising appeal at the Dry Arch Complex in Letterkenny

The legs were barely rested after they’d completed the grueling Donegal Ultra 555 race when members of the Errigal Cycling Club began to plan their next cycling adventure.
They’d gathered in the Brewery Bar in Letterkenny for a few well earned refreshments after July’s Ultra challenge when the notion of tackling the Mizen to Malin challenge first raised its head.
Soon over 20 members of the cycling club - who would christen themselves the ‘Mad Dogs’ - had plans in place for their Mizen to Malin cycle.
They will set off on their journey from Ireland’s most southerly point on Thursday, September 16 and the hope is that on Saturday, September 18, they will arrive at Malin Head with 589kms of road behind them.
The elder statesman of the group - James Frain - said the cycling friends wanted to give something back for a good cause.
“We’re raising money for the Children’s Health Foundation at Crumlin, and any donations would be most welcome,” he said.
“We all know somebody who has used the invaluable services of Crumlin Children’s Hospital and a few members of our group have had children or a relation at the hospital too and saw for themselves what a brilliant service they provide.” 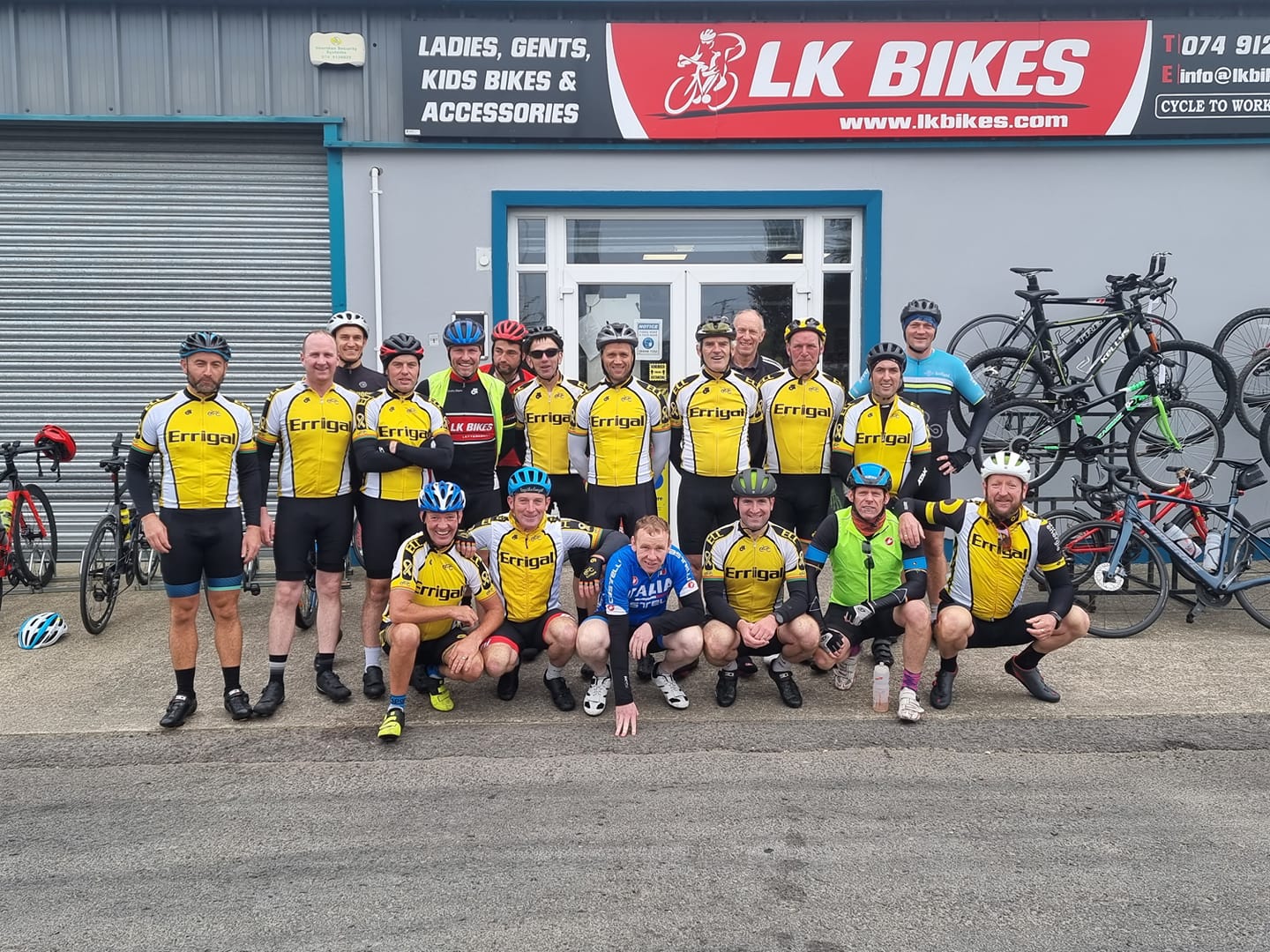 The cyclists gathered together outside LK Bikes in Letterkenny

James has completed the Donegal Ultra 555 as part of a two-man team, and a four-person team, so cycling almost 600k over three days will be a new test.
He said the training has gone well and the group of cyclists are now looking forward to next weekend.
“To be honest, one of the biggest challenges was finding a hotel that could accommodate the cyclists and our support team,” he said.

Rooms
“It wasn’t easy trying to book so many rooms because of the Covid regulations. But the preparations are in place and the support that we’ve been getting from the public and from local businesses has been brilliant.”
James offered a special mention for fellow cyclist Shaunie Holian who won’t be able to take part due to a recent health issue.
“He was actually one of those who first came up with the idea of the charity cycle,” James said.
“Unfortunately he won’t be taking part, but we all wish Shaunie all the best.”
The costs for the weekend are being absorbed by the cyclists themselves, along with their main sponsor, The Dry Arch Complex in Letterkenny.
Day One on Thursday, September 16 will see them travel around 100k from Mizen to Macroom in Co. Cork.
On Day 2, Friday, September 17, they will cycle 300k from Macroom to Ballinamore in Co. Leitrim.
Day 3 on Saturday, September 18 will see them journey 180k from Ballinamore to Malin Head where they hope to arrive around 3-4pm.
“The plan is for all cyclists to complete the event together in one group with no one being left behind, as in life cyclists are much stronger as a group than as individuals,” James added.
The cyclists include Shaun McDaid, Colm Richardson, Martin Temple, Martin Jordan, Alan Mailey, Damien Holian, Mark Cassidy, Kevin Holian, Troy Hegarty, Owen Boyle, Neil Sullivan, James Frain, Samuel Rankin, Eoghan Moore, Cormac Hall, Mark Hunter, Seamus Wilkinson, Victor Hunter, Hugh Gallagher, Paul Fagan, Liam Doherty.
Donations can be made on the group’s Just Giving page.