'Dan is the true definition of a real hero, a true friend who enhanced all our lives' 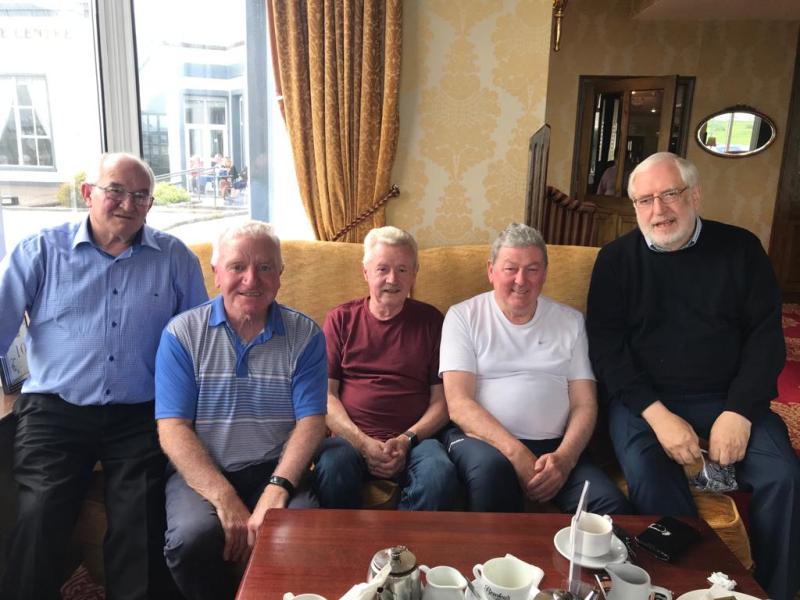 Dan Tunney passed away at 6pm on Wednesday, September 15 in Galway University Hospital after a short illness.

A simple message from his life long friend Tony O’Rourke from Dublin sums Dan up perfectly: ‘Can’t remember him ever saying anything bad about anybody, a true gent’.

Dan never tried to be something he wasn’t, no pretence, no bullshit just a tremendous friend to all of us.

Good nature, kindness, generosity and honesty were all in his D.N.A. Many of us wished we were more like Dan. ‘No problem’ should have been his catchphrase as his willingness to help family, friends, acquaintances and even strangers was a sight to behold.

Long before Covid he would deliver groceries to people living in isolation, bring others to hospital appointments, and all done without fuss. He always gave the same answer to anyone who sought help, ‘No problem what time do you want to be collected?’.

Dan went to school in De La Salle, Ballyshannon and his early working life was spent in Dublin working in the offices of Massey Ferguson and Bush & Flynn on the Naas Rd.

He returned to Ballyshannon in the '80s where he spent the rest of his working life except for two years in the early '90s when he returned to Dublin to work in the Clarence Hotel just after it had been purchased by U2.

He often boasted that he frequently served Bono sausage sandwiches late at night which he claimed inspired them while writing their 8th album Zooropa which was released in 1993. The joke at the time was that he must have made the sausages as well as it wasn’t one of their greatest productions.

For decades Dan worked with Timoney Aluminium in Ballyshannon and Bundoran and in the past number of years worked as a hackney driver in his beloved Ballyshannon.

Never was a man more suited to his work as his communication and customer service skills were quite simply brilliant. His biggest weakness as a hackney driver was that he was too generous and frequently wouldn’t take money for customers if he thought they needed it more than him or if you were a close friend.

In my own life I have suffered a lot of illness and gone through rough times but thankfully have come out the other side. The friendship, help, assistance and love I received from Dan during all of that time was truly inspirational.

I feel very privileged to have had Dan as a friend and the greatest gift he gave me was just being himself. The little phone call, paper dropped at the front door, a few books, the wee word with my family, the lifts here and there and the little jokes. Simple but brilliant and as always no fuss and never liked been thanked.

A friendship with Dan meant that you were part of a wide circle as there are so many like me who owe Dan a great deal. Lots of tears were shed on the news of Dan’s passing and so many talked glowingly of their friendship with him.

As Dan was in hospital for the last five weeks of his life he felt somewhat lonely as of course no visitors were allowed during these Covid times. He didn’t fully appreciate how popular he was or how much loved he still is. I mentioned to him that the whole of Ballyshannon and further afield were asking for him and there wasn’t a word of exaggeration in that. He just looked at me and asked how was I, humble to the end.

So many of us are totally heartbroken today, we love you and miss you terribly. One last hug would be a dream come true.

These are tough days for Marie and family, Therese and the Flanagans, the McIntyres and Dan’s wider circle of family and friends. Our hearts and thoughts are with you.

Heroes don’t have to score goals, run marathons or appear on our TV screens. Dan is the true definition of a real hero, a true friend who enhanced all our lives.

Goodbye Dan and God bless you.

- Paul McLoone and your many friends