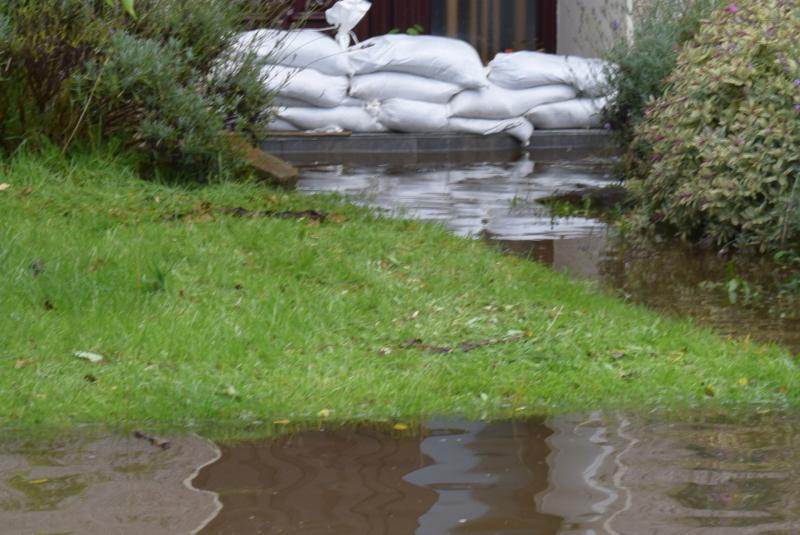 A Donegal councillor is appealing for more money to be made available to prevent further serious flood damage as the climate crisis worsens.

Cathaoirleach of Donegal MD, Cllr Barry Sweeny (FG) said that there was a need for more emphasis on preventative measures.

He put down the following motion at the September meeting of the Municipal District (MD) of Donegal: “That this Municipal District actively seeks additional funding and resources to deal with the increasing incidents of flooding to property and our road network.

“In light of recent summer floods along with ongoing flood issues it is clear that current drainage budgets and resources are insufficient and funds such as the Climate Adaption Fund should be further targeted to make the necessary improvements to our drainage infrastructure, making our roads, culverts and bridges more resilient to climate change at a local level.”

Cllr Sweeny told fellow councillors and council staff that he believed a drainage fund of €275,000 for the district was insufficient.

“We think of climate problems as something very far away but severe weather events are more frequent now in our own area,” he said.

Cllr Sweeny referred to serious flooding issues in Ballyshannon over the summer months. A number of homes and businesses were affected and support was required from the emergency services.

“Thankfully the Climate Action Fund is something that is there now to try and sort out some of the problems that we have in the area,” he said.

“The other side of this coin is the maintenance of some of our drains.”

The councillor recalled that in the past, a local man was tasked with keeping the drains clear in the area.

“Mickey Flynn used to go around with his bicycle  and his shovel, and his job for six months of the year was to keep the drains clear,” he said.

“A stitch in time saves nine.”

Cllr Sweeny welcomed plans to target the Cloghore area for next year’s Climate Action Fund. There are ongoing issues with flooding in parts of the townland which lies between Ballyshannon and Belleek.

The motion was seconded by Cllr Michael McMahon (SF) who said: “We are in new times where we are seeing as much rain in one hour as there used to be in two or three months.

“We have to look out for people living on their own and make sure that they keep safe.

“This is a big challenge for the whole community, for the elected councillors, for the politicians in Dublin.

“We need to make sure there is enough funding to keep our community in some sort of shape.”